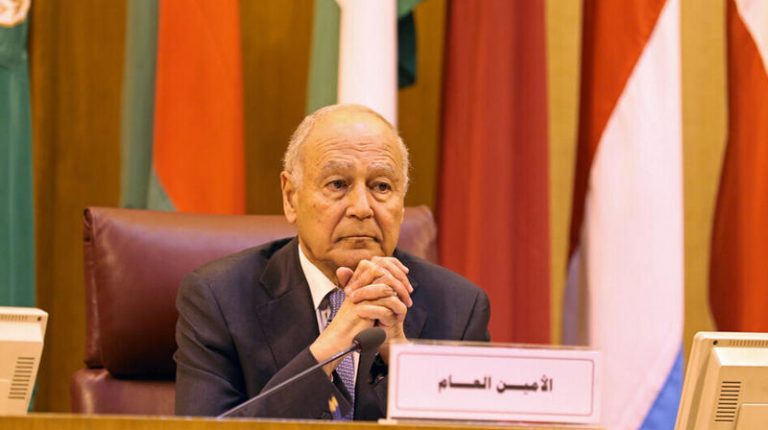 The Arab League’s Secretary-General Ahmed Aboul Gheit has welcomed the enforcement of the Treaty on the Prohibition of Nuclear Weapons, which came into effect on 22 January.

Aboul Gheit said that the start of the treaty’s enforcement is an important addition to worldwide disarmament and nuclear non-proliferation.

In a statement, he expressed his hope that this development would inaugurate a new phase and constitute a catalyst for intensifying international efforts to permanently eliminate nuclear weapons.

Aboul Gheit said, “Arab countries were supportive of international efforts during the negotiation process for this treaty, despite Israel’s boycott of this path as an extension of its anti-nuclear disarmament policies, and its stances opposing international efforts aimed at ridding the world of nuclear weapons, especially the Middle East.”

He added, “The time has come to intensify international efforts to establish a nuclear-weapon-free zone in the Middle East, which is fully consistent with the objectives of this treaty.”

In this context, Aboul Gheit cautioned that the international interest in increasing the accession of states to the Treaty on the Prohibition of Nuclear Weapons does not mean that Arab countries will accept more procrastination to achieve the treaty’s universality.

This particularly relates to the treaty’s enforcement in the Middle East region, due to Israel’s intransigence in joining it and subjecting its facilities to the nuclear safeguards system of the International Atomic Energy Agency (IAEA).

Aboul Gheit said that this matter is an international demand, rather than an Arab one, as some claim. He stressed that the Treaty on the Prohibition of Nuclear Weapons supports and complements the system of nuclear disarmament, and is not a substitute for it.