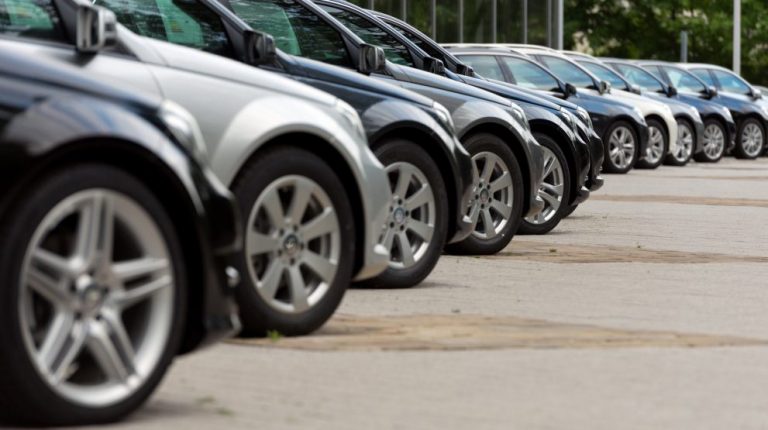 Pundits and stakeholders in Egypt’s automotive sector have put forward a range of differing opinions on the impacts the second wave of the novel coronavirus (COVID-19) pandemic has had on local sales.

Whilst some believe that 2021 will see a rise in sales, most auto sector employees have expressed their fears that a complete closure as witnessed last year may occur again, causing a complete recession in the sector.

Khaled Saad, Secretary-General of the Association of Automobile Manufacturers and General Manager of the Brilliance Bavarian Auto company, told Daily News Egypt that the second wave of the pandemic is the biggest challenge that the car market currently faces.

This is, in part, due to some countries re-enforcing closures as a means of curbing the virus’ spread and reducing the fatalities that may result from it.

He explained that the closure of some car factories abroad due to the coronavirus will lead to a decline in Egypt’s car imports by 10% to 20%. This is set to cause supply shortages along with a commensurate increase in prices.

Saad pointed out that the auto sector witnessed a sales boom during the last period, despite the repercussions of the coronavirus, which affected all economic sectors. In the second wave, companies began to apply precautionary measures again, to preserve the safety of workers.

He added that locally assembled cars cover about 40% of consumers’ needs in Egypt, which may be affected by the coronavirus due to the difficulty of importing local production components from abroad.

He also confirmed that the cost of importing cars has doubled during the last period, due to the lack of shipped goods. He expects an increase of up to 10% in vehicle prices during 2021, due to the shortage of some models, the lack of production in the main factories, and the disruption of air traffic between countries. Some of these hiccups have been directly caused by the repercussions of the novel coronavirus.

Omar Soliman, a member of the General Automotive Division at the Federation of Egyptian Chambers of Commerce (FEDCOC) and executive director of the Al-Amal Company, ruled out that locally produced cars were affected by the second wave, as global factories have remained open.

He noted the lack of imported car stocks is due to the closure of many international shipping companies, and that he expects an increase in car prices in the coming period, due to the high price of shipping.

Soliman added that the Al-Amal Company takes all necessary precautions to preserve the safety of workers and customers.

He expects a decline in car sales during the first quarter (Q1) of the year, compared to an increase in Q4 of 2020.

For his part, Alaa El-Sabaa, a member of the General Automobile Division at FEDCOC, said that distributors and companies taking precautionary measures while continuing to work will not allow the second wave of virus to affect sales.

He added that the distributors did not decide to reduce their monthly quotas, due to the lack of clarity in the market situation in the current period. This may be evaluated during the next two months, with El-Sabaa adding, “If sales decrease, we will reduce the monthly quotas for distributors.”

He ruled out that the state will resort to complete closure once again, which will only affect the sales movement, as happened last year. He also ruled out his company resorting to marketing campaigns or offering discounts during this period, as part of efforts to achieve good sales, instead saying that this will only happen in a recession.

Automotive expert Hussein Mostafa said that the second COVID-19 wave has caused the complete closure of some factories that manufacture cars and production components abroad. This may have a negative effect on the Egyptian car market in the coming period.

He added that Q4 of 2020 witnessed a significant increase in sales volumes, amounting to 210,000 cars. Despite this, the closure of global factories may affect the import of cars, which may lead to higher shipping prices.

He also indicated that the market will witness a severe recession if the state decides to enforce the same closure measures to control the coronavirus pandemic, as occurred last April.

Osama Aboul Magd, head of the Automobile Dealers Association, expects that 2021 will witness a significant decline in sales from the previous year. This will, he added, be dependent on whether the global pandemic is brought under control or not, and whether complete closures are resorted to.

Aboul Magd stated that if the coronavirus causes a halt in production at global auto factories, then the supply of various models in the local market will decrease, due to the scarcity of import. This will have the effect of causing over-pricing to spread, in addition to closing some showrooms and laying off workers as owners become unable to bear the losses resulting from the virus’ fallout.

He added that the New Year began with a decline in sales, as a result of consumer anticipation of the coronavirus vaccine, in addition to some fear of infection. He stressed that the car market will not return to prosperity in its industrial and commercial segments, unless the virus is controlled.

Montaser Zaytoun, a member of the General Automobile Division at FEDCOC, said that the car market is facing new challenges, such as the coronavirus, which causes a lack of supply and the continuation of the phenomenon of over-price.

Zaytoun added that companies began to take the necessary precautions and reduce demand from abroad, fearing loss in the event of a complete closure and the return of work during the curfew hours.