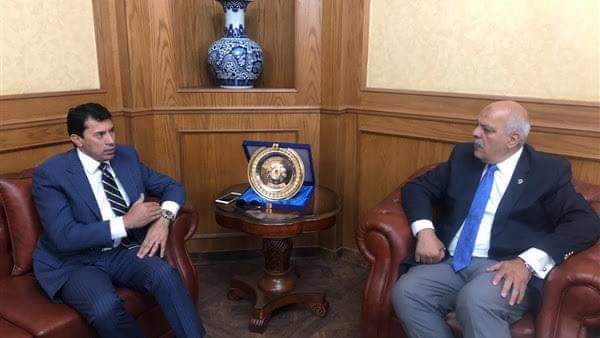 Minister of Youth and Sports Ashraf Sobhy has revealed that Egypt will host the 2021 ISSF World Cup Shotgun in February.

Speaking on Tuesday, Sobhy also said that a total of 400 players representing 31 countries will take part in the event, from 22 February to 5 March.

Sobhy added that the World Cup Shotgun is considered one of the most important tournaments to be organised by Egypt in 2021. It indicates that Egypt has become one of the best attractions for international sporting events in the world.

The minister also said that the IHF World Men’s Handball Championship, which Egypt is currently hosting, also confirmed the country’s ability to organise major sporting events. It comes under exceptional circumstances imposed by the spread of the novel coronavirus (COVID-19) pandemic.

The head of the Egyptian and African Shooting Sport Federations, Hazem Hosny, expressed his happiness at Egypt’s hosting of the championship. He lauded the efforts exerted by the Ministry of Youth and Sports to provide all capabilities to host 30 teams in addition to Egypt, whilst applying strict medical precautionary measures for all participants.

Hosny said that there will be 400 participants in the tournament, including players, administrators, and technicians, with 10 competitions as part of the championship.

He confirmed that Egypt will participate in the championship with a team consisting of 12 players who have qualified for the Tokyo Olympics.

He asserted that Egypt, as usual, will dazzle the world with a championship befitting the country’s name and reputation, with the tournament to contribute to promoting its tourism sector. Hosny also said that hotel occupancy will reach 3,000 nights due to the event.