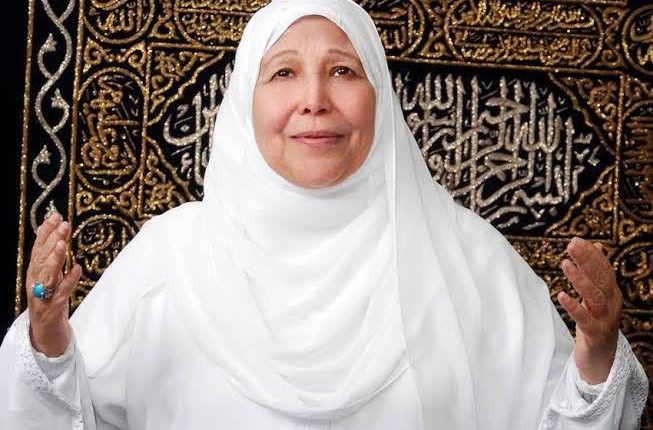 The renowned Egyptian Islamic preacher, Abla Al-Kahlawi, passed away on Sunday night following her infection with the novel coronavirus (COVID-19). She was 72.

Al-Kahlawi, affectionately known as Mama Abla, was regarded as one of the strongest female religious figures who refuted the faulty linkage between Islam and terrorism.

Egypt’s First Lady Entissar Al-Sisi mourned Al-Kahlawi’s passing, on Monday, saying that Egypt had sadly lost an honourable and significant model for the Egyptian woman, who was faithful to both her religion and homeland.

Al-Kahlawi passed away on Sunday after an honourable humanitarian journey, she said, adding “May Allah have mercy on her and inspire her family patience and solace.”

Moreover, Egypt’s religious advisory entity Dar Al Ifta also mourned Al-Kahlawi’s passing, saying she was one of the most famous Islamic figures in the modern period. She combined both an education in Islamic Sharia law with charity work, by founding one of the largest charities in Egypt.

The Grand Imam of Al-Azhar, Ahmad Al-Tayeb, also expressed his condolences at Al-Kahlawi’s passing, asserting that she was a model representing a woman who is righteous to her religion and society.

In addition, Minister of Religious Endowment Mohamed Mokhtar Gomaa mourned Al-Kahlawi, asking God to reward her for her service to her religion, homeland, and humanitarian mission.

Al-Kahlawi was a major supporter of shedding light on Islamic civilisation, and the culture of accepting and respecting the other.

Since 1979, she had been one of Al-Azhar University’s most famous professors, and held various lessons in Egypt and Saudi Arabia, alongside holding daily lessons at the mosque built by her father, chanter Mohamed Al-Kahlawi.

She established a charitable association to take care of orphaned children, cancer patients, and elderly patients with Alzheimer’s, under the name “Good Women Society”, in addition to the “Good Deeds” charity complex.

Al-Kahlawi’s funeral prayers are to be held twice, both at her mosque in the Mokattam neighbourhood after the noon prayer, and at the mosque of her father in the Al-Basateen neighbourhood, both in Cairo.