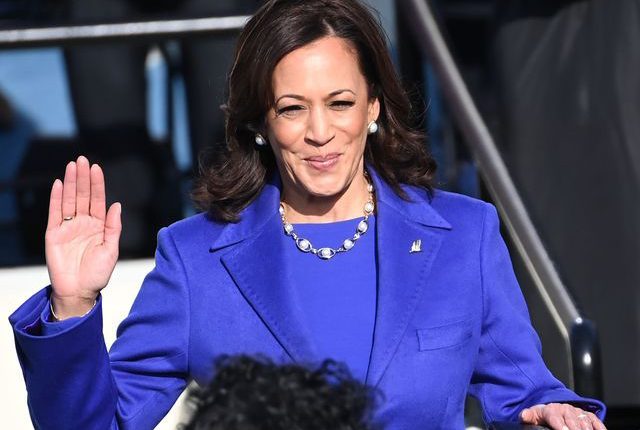 The recent inauguration of Kamala Harris as Vice President of the US, to be the first woman and the first black person to assume the post, is the true culmination of the struggle of black women over many decades to participate in American politics effectively.

Coretta Scott King, the wife of Martin Luther King, was the first black woman to work to motivate and encourage black women to work in the political sphere collectively through political parties, immediately after her husband’s assassination.

Scott King announced to the press at the time, that her husband had intended before his departure to establish a political party for women. He also deeply regretted that black women did not have the opportunity to participate collectively in the civil rights movement.

Although the civil rights movement had some female leaders, they were participating individually and not as separate women’s groups. Accordingly, Scott King worked to motivate black women to collective political action, because she saw that they had never participated in political life before.

For this reason, they had the ability to breathe new life into the US, and give a different political vision.

She said, “Women, in general, are not a part of the corruption of the past, so they can give a new kind of leadership, a new image of mankind … they’re capable of tremendous compassion, love, and forgiveness, which, if they use it, can make this a better world”.

Alongside Scott King is a long list of black human rights activists and writers, such as Alice Walker, Angela Davis, and Toni Morrison, who have worked to create a political identity for black women in American society.

This has taken place through their writings, including novels, plays, and newspaper articles. All of these female writers were keen to present motivational images for black women that illustrate the leadership role they play in society. This has been to preserve their families and live with dignity in a society that knows nothing but the language of racism.

Thus, all their fiction and non-fiction writings focused on retelling real stories of numerous forgotten black women who defied the bonds of servitude to free themselves and their folks. They believed in the power of narrative and its ability to change the world. They believed that telling the stories of black women, which are different from the dominant narrative of the culture, can motivate black women to attain their right position in society.

It is worth noting that black female activists have chosen the purple colour as a symbol of their political movement, stressing that “womanist is to feminists as purple to lavender”. They mean by this metaphoric phrase that the feminists have their values and commitments that encompass and transcend the limits of the white feminists.

This analogy implies not only that feminists are literally darker in hue than white feminists, but also that womanism is richer and less diluted than feminism, as it is an inclusive concept that includes all women regardless of their colour.

Kamala Harris emphasised this meaning by wearing purple on the day of her inauguration, sparking the passion of the American press for several days.

The questions that will be answered by the coming days are: Will  Harris be able to work for all white and black people on an equal footing without any racial prejudices to truly present a new vision for American society through her position? And will  Harris, the black woman, also be able to transcend a long history of racism and mutual racism between whites and blacks, or will racism remain an unresolved problem in American society?