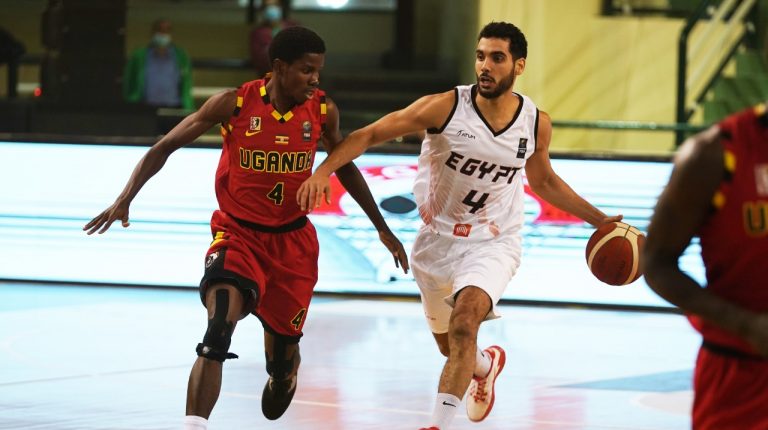 Egypt is seriously eyeing attracting investment into sports, particularly basketball, in line with the state’s plan to transform sports into a profitable economic sector, rather than merely surviving off government support.

Accordingly, the Egyptian Basketball Federation (EBF) plans to establish a joint-stock company for sports investment, in light of the Ministry of Youth and Sports’ plan to help bodies and clubs rely on their own resources.

Mohamed Fathy, a board member of the EBF, said there is a plan to establish a joint-stock company that will handle the marketing aspects of basketball tournaments, and establish training academies. This will contribute to doubling the returns of basketball competitions and increasing the value of sponsorship contracts of different events. The proposed company may also enter into partnerships with clubs, to raise the latter’s capital and offer them partly on the stock market or in private placement.

Fathy told Daily News Egypt that the federation’s budget in fiscal year (FY) 2019/20 had an unprecedented surplus of EGP 11.5m for the first time.

He added that the EBF’s total budget amounts to EGP 30m. The federation obtains a 5% share of each registered player’s professional contract, and generates nearly EGP 4m income from competitions.

The EBF decided, during the current board of directors’ term, to open the door for player transfers to foreign clubs, with the aim of securing hard currency.

Fathy pointed out that the total annual club subscriptions to the EBF has reached about EGP 2m, most of which was directed towards local tournaments’ organisation.

The federation has signed yearly renewable sponsorship contracts with Banque du Caire and Telecom Egypt (TE), valued at EGP 5m and EGP 3m, respectively. Negotiations are underway to increase the value of these contracts.

Other companies have offered to sponsor the EBF. Fathy said he will disclose the new sponsors at the time that contracts are signed. There are also limited sponsorship deals, which only come into effect during the group stages of championships. Such sponsorship contracts often reach about EGP 250,000 per season.

He noted that several television broadcasters provide coverage of the local league under free-to-air (FTA) deals. The federation knows that broadcasting the league matches without subscriptions was to attract sponsors, spread the game, and expand its fan base, which was later achieved by contracting with Banque du Caire and Telecom Egypt.

Holding local or international tournaments is also one of the main sources of income for the federation. The larger the number of teams participating in the tournament, the more revenues will come in. Other sources of income come from holding coaching courses and training referees, dispute resolution fees, and licenses of private academies.

Fathy added that the EBF’s annual allocations from the Ministry of Youth and Sports amount to EGP 1m, which is not linked with achieving a budget surplus. Moreover, the EBF receives an annual grant of EGP 50,000 from the International Basketball Federation (FIBA).

Fathy revealed that there are two offers from international companies to shoot and stream local tournaments on the Internet, which are currently under study.

He said that there are more than 30,000 basketball players registered in more than 200 clubs and organisations in Egypt, but the federation’s General Assembly comprises of 39 clubs.

The increase in the value of basketball players’ contracts has increased the public interest of the game. Lately, the highest salary for a foreign basketball player in Egypt was $30,000 per month. As for Egyptian players, the transfer deal covering Amr El-Gendy and Omar Tarek moving from Gezira SC to Al Ahly SC reached EGP 11m for the club, and EGP 3m annual salary for the players, which was the largest in the history of Egyptian basketball.

Many clubs allocate large budgets to compete for the local league, whose champion qualifies to the African basketball championship, AfroBasket, whose returns increased significantly after the National Basketball Association in North America (NBA) sponsored the tournament. The prize money for the AfroBasket winner could reach $1m.

Fathy said that the EBF is keen to maintain the integrity of the local league and fair competition between clubs, so it proposed the launch of the “League Protection” programme. It is a proposal to determine the number of deals permitted annually for clubs according to their ranking each season. Those ranked from first to eighth will be allowed to contract with a maximum of five players only, while the clubs ranked ninth to sixteenth will be allowed to contract with six players.

Hashish said that Gezira SC decided not to expand its budget, due to the lack of enough revenues, as most of the advertising sponsorships are directed only for football, being the most popular in the country.

Moreover, the coronavirus pandemic caused losses to the club exceeding EGP 30m, which prompted the management to cut the basketball budget by 30%. Instead of contracting famous high-level players, the club will rely on young players and invest in them, in the same way that happened with Omar Tarek and Amr El-Gendy, he added.

All sports, other than football, suffer from a lack of sponsorship. Coca-Cola and TE are the sponsors for Gezira SC inside its headquarters, but they have no interest in sponsoring the basketball team.

El-Husseiny Samir, Chairperson of Fast Break company for sports services, which owns Fast Break Basketball Academy, said that his company’s experience in establishing a sports academy was satisfactory, though the profits are not high.

Samir told Daily News Egypt that Fast Break Academy has three branches: in the Talaat Harb Club; at Future Schools; and at Al-Ahram Gardens. The eligibility age for application in the academy ranges between 13-20 years old in the first section, while younger children can be registered in the second section. The registration fees at the academy are EGP 500-EGP 600 per month for all ages.

He noted that the demand for participation in the academy exceeded his expectations, with the average number of trainees reaching 20 players per session.

Samir added that he was keen to provide training courts near clubs, which can be rented for EGP 250 per hour, in order to allow players to go to their teams after training sessions with the academy. Fast Break Academy plans to obtain courts under the usufruct system within the Ministry of Youth and Sports’ initiative in this regard. The academy not only provides training to players, but also markets the distinguished ones to clubs.

Samir stressed that basketball can be a profitable business when given enough interest, as the game is partly popular in Egypt.

Regarding the 2019 Egypt Basketball International Championship, he said that his company’s experience in organising the tournament was very useful, though the revenues were equal to expenses.

He added that, during the tournament, several TV channels offered to broadcast the games, and others are now requesting broadcasting league matches. The championship also attracted new sponsors in the basketball sector, such as Coca-Cola, Telecom Egypt, Red Bull, and Nestle.

The championship witnessed the participation of clubs from Morocco, Tunisia, and Lebanon, along with Gezira and Al-Ittihad from Egypt.