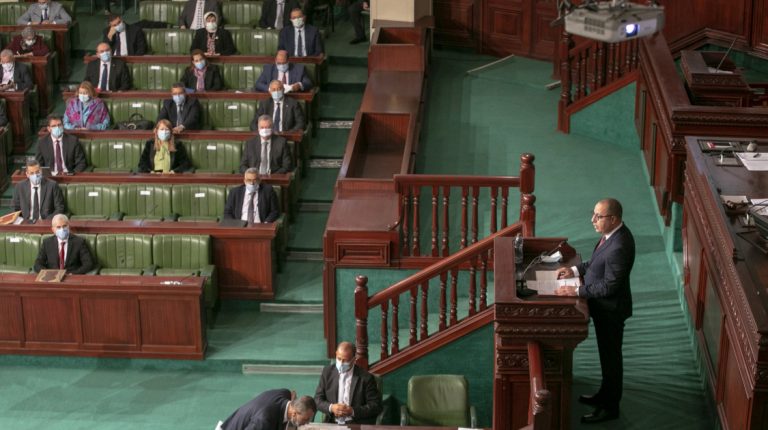 Tunisia’s parliament approved a cabinet reshuffle, on Tuesday, in a move that has deepened the rift between the country’s Prime Minister and President.

The reshuffle comes as hundreds protested outside the heavily barricaded parliament over social inequality and police abuses, according to local media.

Riot police turned water cannons on protesters outside the parliament earlier on Tuesday, trying to quell the largest rally since demonstrations began this month.

Hundreds of protesters had marched from the Ettadhamen district of the capital, Tunis, where young people have clashed with police several nights this month. They have been joined by hundreds more near the parliament.

Prime Minister Hichem Mechichi named 11 new ministers in the reshuffle, and said he hoped it would inject new blood into his government.

“Young people protesting outside parliament remind us of our priorities,” he said, adding, “Their protests are legitimate and the government will listen to the angry youth.”