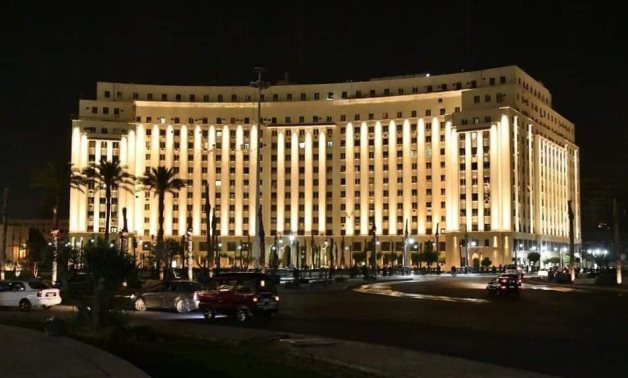 The Ministerial Committee for the Development and Re-exploitation of the Tahrir Complex held a meeting, on Saturday, to review and discuss the latest developments in the project.

The meeting was chaired by Minister of Planning and Economic Development Hala El-Said, who is also Chairperson of The Sovereign Fund of Egypt (TSFE).

During the meeting, the proposed time plan for the Tahrir Complex’s development and the implementation steps were reviewed, according to the studies conducted by international consulting offices. These have been put in place to develop perceptions of the best-proposed uses.

The evacuation plan for the Tahrir Complex building was also reviewed, in coordination with the Cairo governorate and the 27 ministries and agencies that used to operate the complex.

The plan has put an emphasis on the need to quickly evacuate the building, and prepare it to receive investors and developers who will participate in the implementation of the development plans.

El-Said confirmed that TSFE plans to transform the Tahrir Complex into a role model of the process of re-exploiting assets, maximising the returns from them, and ensuring the rights of future generations.

The minister indicated that the ownership of the Tahrir Complex was transferred to TSFE in October 2020.

“Many Egyptian and foreign investors were invited to review the ideas put forward to develop the complex,” El-Said said.

In response to the invitation, a large number of specialised companies expressed interest in participating in the complex’s development.

The concept of the brochure of conditions is currently being finalised, and will be presented to investors to choose who will participate in the development process of the complex during the first half of this year.