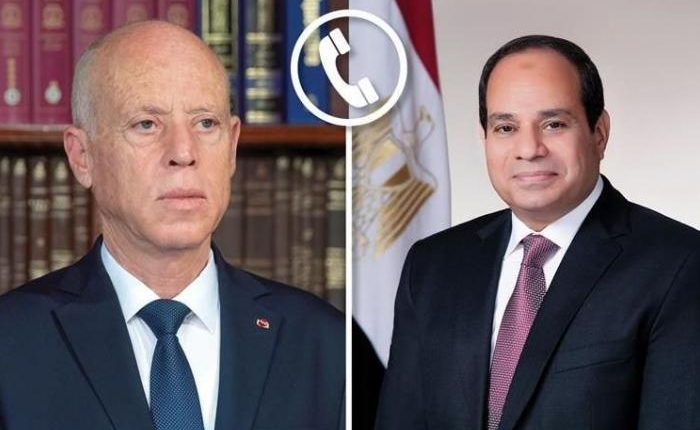 Egypt’s President Abdel Fattah Al-Sisi telephoned his Tunisian counterpart Kais Saied, on Saturday, to wish him a return to good health, according to a statement by the Egyptian presidency.

During the call, both sides agreed to continue consultations and coordination over regional and international issues of mutual interest, the Egyptian Presidential statement added.

The Tunisian President’s Office said, on Saturday, that the Egyptian President voiced “full solidarity with Tunisia and its President after the failed attempt to poison” him.

Reuters cited a source from the Tunisian Presidency who said that “Saied did not open the letter and that he is in good health”.

Earlier on Tuesday, Tunisia’s parliament approved a cabinet reshuffle in a move that has deepened the rift between the country’s Prime Minister and President.