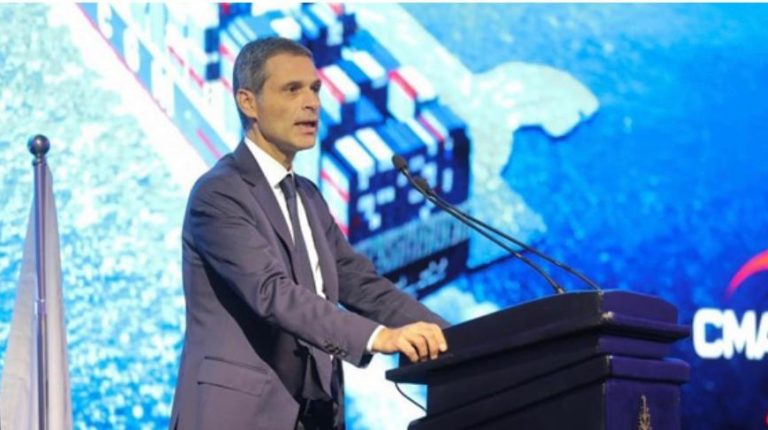 Egypt has confirmed its intention to enter into a long-term partnership with CMA CGM, a world leader in shipping and logistics, for the operation and management of Pier 55, the Port of Alexandria’s upcoming multi-purpose terminal. Operations are scheduled to start in 2022.

It comes during a meeting between Egyptian President Abdel Fattah Al-Sisi and Rodolphe Saadé, Chairperson and CEO of the CMA CGM Group, during the latter’s visit to Cairo.

This project will strengthen CMA CGM’s service offerings in the fields of maritime transport and logistics, in a country that boasts a strong economic potential.

The terminal, which covers an area of 560,000 sqm with quays of over 2 km in length, will have a capacity of around 1.5m TEUs (Twenty Foot Equivalent Units) and will facilitate the deployment of the Group’s larger vessels.

Through this ambitious partnership, the terminal will connect Egypt to new regions and boost CMA CGM’s presence in the Mediterranean Sea.

This partnership will also include the development of logistics and the contribution to the training of younger generations in maritime and logistics, and other investments.

Egypt, a country in which CMA CGM has been present since 1995, is strategic for the Group’s development, particularly due to its role as a crossroads for trade between Africa, Asia, the Mediterranean Basin, and Europe, at the junction of the East-West shipping lines.

In 2020, the CMA CGM Group reinforced its offerings with: The expansion of the Jeddex service in July, covering the Port of Ain Sokhna while connecting the USA, the Mediterranean, Europe, Kenya and Somalia, and improving transit time from Egypt to Mogadishu and Mombasa.

The entry into fleet, in November, of the CMA CGM Jacques Saadé (23,000 TEU), the world’s first and largest LNG Powered vessel to cross the Suez Canal, on her maiden voyage on the Group’s iconic French Asia Line (FAL 1), connecting Asia with Europe.

The development of CEVA Logistics, the Group can now provide its clients with a complete end-to-end service to complement its existing maritime activity.

The Group reiterates its support to the Egyptian economy through this partnership which aims at broadening the country’s national trade with a wider access to regional and global markets.