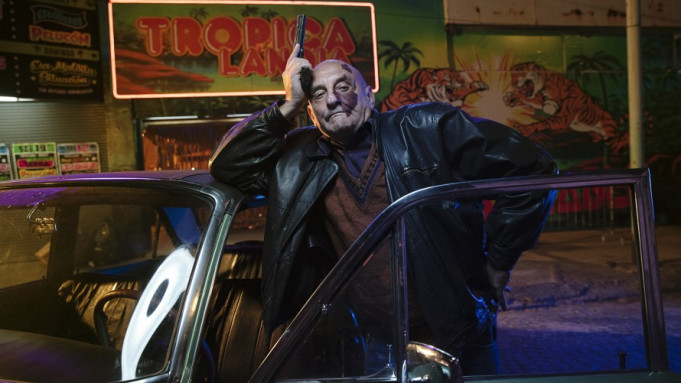 In an unusual year, the selection of the Berlinale Series consists of six titles which, with unconventional and surprising topics, narratives, and visual style, comprise a mirror of our time.

Latin-American content is represented for the first time at the Berlinale Series,with the Argentinian HBO production Entre hombres (“Amongst Men”) and Os últimos dias de Gilda (“The Last Days of Gilda”) from Brazil.

Moreover, Philly D.A., a US production by Oscar-nominated duo Josh Penn and Michael Gottwald, is the first documentary series to be invited into the programme.

The creators take an impartial and precise look at their characters and milieus. Collective traumas of the recent past are rethought; social classes and their significance for individual fates are questioned.

The protagonists often find themselves in a climate of polarisation: the absolute necessity for (political) positioning, for locating in delimiting value systems, means both hope for change and the risk of escalation.

The film Entre hombres, a modern classic in four episodes by director Pablo Fendrik with breath-taking timing, shows the eponymous male world in its most brutal facets. It is presented as a game of violence, aversion and power. The homage to the aesthetics of the 1990s celebrates and challenges its chosen genre as well as the world it depicts.

With his second show at the Berlinale Series, Ich und die Anderen (“Me and the Others”), David Schalko is playing mind games with viewers. He leads viewers through the various consciousness levels of an advertisement hipster and his crazy artist family, who are played by the ensemble cast of Tom Schilling, Sophie Rois, Martin Wuttke, Lars Eidinger, and Katharina Schüttler.

In the film It’s a Sin, viewers watch an unknown, deadly virus that is spreading worldwide. Russell T Davies’ touching miniseries about an irresistible group of friends and the beginnings of HIV in London in the 1980s evokes painful connotations in the current situation.

In Philly D.A., civil rights activist Larry Krasner has the ambitious goal of nothing less than the overturning of the legal system. It is this system which he blames for the mass convictions of mainly Black defendants in Philadelphia. His election as district attorney first seems unlikely, but turns into a triumph. The creators Ted Passon, Yoni Brook, and Nicole Salazar portray Krasner’s first successes, pushbacks and defeats with passing observation.

The complex story of the disappearance of an infant is captivating, multi-layered and confronts the viewers with their own ideas and images of family and motherhood.

The four-part series Os últimos dias de Gilda by Gustavo Pizzi is unique in every sense. The warm, physical, lustful portrayal of his heroine, played by Karine Teles, is a statement of personal freedom within an environment full of threat and censorship.