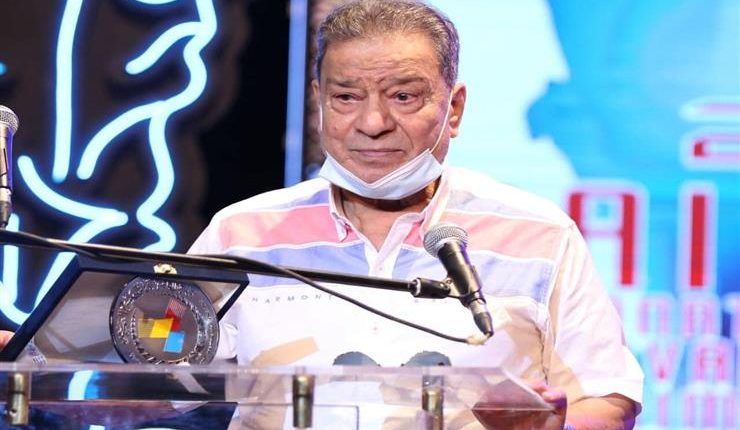 The prominent Egyptian theatre director, Mohamed Fahmy El-Khouly, passed away late on Friday, following the deterioration of his health after a long battle with illness. He was 80.

El-Khouly had been undergoing hospital treatment in recent months, as a result of kidney problems, the Artistic House of Theatre announced.

Born on 13 July 1941, El-Khouly developed an interest in theatre from an early age, participating in numerous school performances before going on to impress viewers in his later acting career with his talent. He became a leading theatre director after starting his artistic activity in the early 1960s performing in a theatre television troupe. He directed 103 theatre performances for state and private theatres, as well as for his university and for television.

Later, El-Khouly studied at the Higher Institute of Theatrical Arts, where he graduated with honours in 1971. He received a scientific grant from the US to study American theatre in 1987.

He taught at the Higher Institute of Theatrical Arts and the theatre department at Alexandria University. In addition to this, he gave theatre workshops and lectures at numerous cultural institutions and festivals held in Egypt and the Arab world.

El-Khouly is considered one of the most important directors in Egyptian theatre, presenting many successful works that saw popular turnout and received critical acclaim.

He was also strongly involved in the Cairo International Festival for Experimental Theatre, serving on the festival’s board of directors for more than one edition.

Among his most well-known plays are: The Love Minister (1980); Salome (1988) based on a play by Mohamed Salmawy, for which the director earned state recognition; What Will We Say? (1991) starring Jala Fahmi, Sherine, Wafaa Amer; The Beautiful and the Andalusian (2003) written by Mahmoud El-Toukhy and starring Amr Mahmoud Yassin and Lucy; and Bab El Fotouh (2015) featuring Youssef Shabaan Muhammad Riyad Samar Gaber. One of his remarkable works at the National Theatre was Jerusalem Will Not Fall (2002).

He occasionally acted in some plays and television series, with his acting roles on television including: All the Birds Flew East (2002) directed by Hany Ismail; The Agent 1001 (2005) directed by Shereen Adel; and Father Nour, by Karam El Naggar and starring Hussein Fahmy.

El-Khouly received much recognition and many national and international honours for his extensive work, including: the State Encouragement Award (1990); the Medal of Sciences and Arts of the First Class (1995); the Egypt State Award for Excellence in Arts (2010); the Order of Merit from the Kingdom of Jordan (2002); the state award from Algeria (1985); and a certificate of appreciation from the Iraqi Republic during the Art Festival in Baghdad (1988).

His passing has been mourned by Khaled Galal, the head of the Cultural Production Sector at the Ministry of Culture, who praised the late artist for his distinctive directing style, as well as his ingenuity in acting.

“His works represent milestones in the history of theatre, and his art and creativity will remain immortal in our hearts,” Galal said in a press release.

The head of the Artistic House of Theatre, Ismail Mokhtar, described El-Khouly as “one of the most important directors of the Egyptian theatre”.

Meanwhile, Minister of Culture Ines Abdel-Dayem expressed her condolences to El-Khouly’s family, adding that the renowned director “succeeded in implanting many great values ​​in Egyptian theatre and its viewers”.