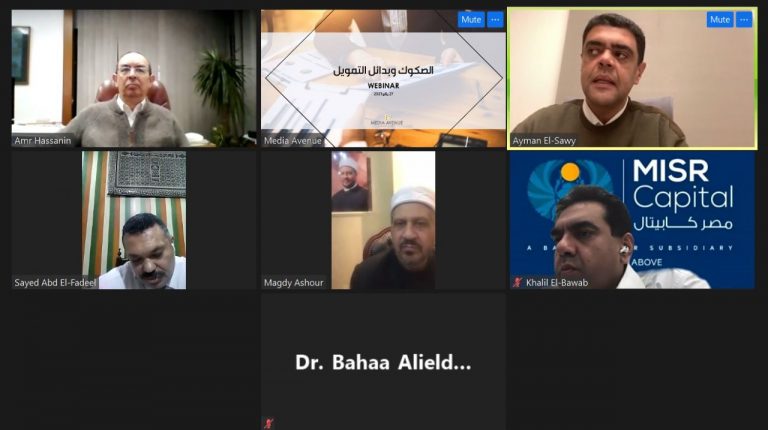 Sayed Abdel-Fadil, Head of the Capital Market Operations Sector at the Financial Regulatory Authority (FRA), has reviewed the developments of Egypt’s Sukuk market during 2020, which witnessed three issuances worth EGP 5.1bn.

There are great hopes and ambitions that the growth of the issuance market will continue amidst the support of all parties operating in Sukuk.

The remarks came during the activities of the round table, last Wednesday, which reviewed the competitive advantages of Sukuk over other financing instruments. The roundtable was organised by the Association of Issuers and Investors of Financial Instruments in cooperation with Media Avenue.

Abdel-Fadil, who chaired the roundtable, said that Moody’s have issued a global forecast that the size of the Sukuk issuance market during the year ending 2020 stood at about $157.8bn. The ratings agency also said that it is expected to rise to $170bn in 2021, which was confirmed by other credit rating agencies such as Fitch and Standard & Poor’s.

Sukuk provides the advantage of clarity and separation for the issuing company from corporate bonds. The burden of financing is out of the company’s budget, and it is similar to bonds in its lower cost than other financing alternatives.

On the investor’s side, El-Sawy believes that Sukuk financing is for a specific project that provides the advantage of clarity for the investor, to determine the degree of risk in which they will invest.

He added that the Sukuk has helped Sarwa Capital convert directly to financing through the money market, as its issuance reduces the financing structure. It has, in turn, helped shorten the issuance period and saved on costs, which has attracted new types of investors, whether insurance companies or investment funds.

“The investor focuses on the degree of risk and the method of insurance in the financing tool in which he invests,” he said, “Sukuk helps accelerate the investment in general.”

El-Sawy pointed out that the Fixed Income Investors and Exporters Association views Sukuk as a very important financing tool, and is betting on its growth rate. This will become much faster than the rate of growth for bonds.

El-Sawy added that the Sukuk market will grow significantly to at least EGP 20bn-EGP 25bn during 2021, in conjunction with the trend of issuers to Sukuk and the desire of banks to invest in them. He indicated

that the year 2020 marks the beginning of Sukuk as a financing instrument, with the year 2021 set to witness high numbers.

He also emphasised that the cost of debt instruments is much less than the cost of bank financing. At certain times, the bank cost is lower and varies from period to period, and banks also invest in Sukuk for their good return.

El-Sawy revealed that Sarwa Capital is considering launching issues of more than one format on the Egyptian market, in order to offer different types that would help and encourage issuers to issue more.

Moreover, AmrHassanein, President of Meris Credit Rating Company, said that the difference between Sukuk and bonds, in relation to the credit rating, appears through the two types of Sukuk. This can either be based on assets or supported by assets.

He said that the first is the most popular, while the second type is close to the securitisation process, which reflects the sale of a real portfolio that will be formed later.

Hassanein added that the traditional bond did not allow the offering before the existence of the portfolio and its flows. He added that the credit rating is not mainly driven by compliance with Sharia law, but rather only the company’s ability to pay its obligations and its financial position. This comes with the reassurance that it is consistent with Sharia law at the same time.

He added that the role of Sukuk, especially that which is sovereign and whose law is to be issued during the current parliamentary session, includes directing individuals’ funds and savings towards various development projects. This specifically focuses on the new roads and axes that are the backbone of any economy.

Magdy Ashour, Scientific Advisor to Egypt’s Grand Mufti ShawqyAllam, said that Islamic jurisprudence is suitable for every time and place. The current time has shown the need for Sukuk, especially with the increasing interest in financial leasing in Egypt.

It also takes into account financing through Sukuk which acts as the least burden and comes with the highest return, making it preferable for the issuer. This takes into account the fact that bonds are considered a debt or a loan that represents a burden on the issuer, while the buyer of the Sukuk is a partner in the project.

In addition to this, investing in Sukuk enhances national savings rates, and that the state’s tendency to issue sovereign Sukuk enhances its ability to reduce the budget deficit. This by engaging Sukuk as a financing tool for various projects.

Khalil Al-Bawab, CEO of Misr Capital, the investment arm of Banque Misr, believes that the Sukuk are based on the principle of risk sharing. They also give projects an opportunity to obtain financing at the start-up stage, with the added idea that they link financing with productivity.

Al-Bawab added that the Sukuk are widespread globally, reaching $145bn in 2019, and $158bn in 2020. The country with the largest share is in Malaysia, with more than 37% of the global market, with 14% for Saudi Arabia, and the rest divided between Iran, the UAE, Turkey, Bangladesh, and Bahrain.

He stressed that European countries see it as an attractive financing method, especially after its spread, and at the local level it is attractive to investors and companies.

Bahaa Ali El-Din, from the office of AlieldeanWeshahi& Partners (ALC), said that the Sukuk needs legislative amendments that will appear after a greater number of issues.

Ali El-Din added that the tool is strong and has been welcomed among companies in the first year of its issuance, especially in light of the difficult circumstances of the novel coronavirus (COVID-19) pandemic.

He said it is likely that Sukuk issuances will witness significant growth during the current year, reaching EGP 20bn and testing most of the available formulas of the law, explaining that there is a major role in legislation that started from 2018 to 2020.

Concerning sovereign Sukuk, he reviewed some points and his remarks on the sovereign Sukuk law, asking, “Why are the general rules for sovereign Sukuk not those contained in the money market law, and there are special provisions for governmental Sukuk?”

Roundtable on competitive advantages of sukuk to launch on 27 January