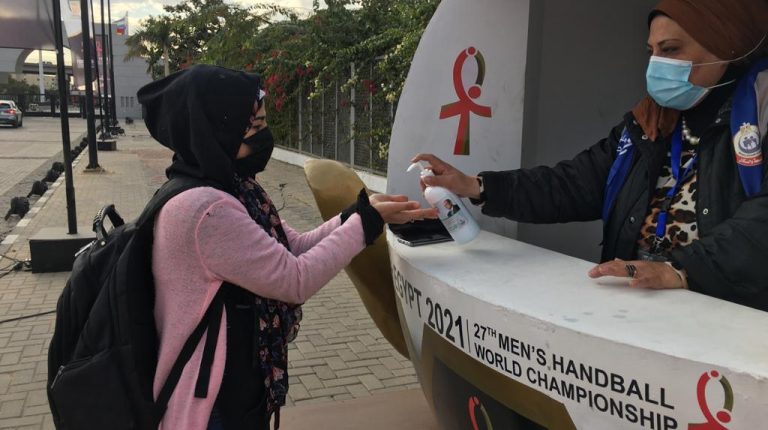 Egypt’s Minister of Health and Population Hala Zayed revealed, on Monday, that the country successfully implemented its medical plan for the 2021 World Men’s Handball Championship.

Egypt hosted the international competition, which saw 32 teams compete, from 13 to 31 January.

Zayed highlighted President Abdel Fattah Al-Sisi’s keenness to ensure that all precautionary measures against the novel coronavirus (COVID-19) pandemic were taken from the start of the tournament.

The President also called for the provision of the best medical services to be made available to Egypt’s guests.

The Minister noted that the success of the plan demonstrated the ability of Egypt’s health system in dealing with all the challenges posed by the coronavirus.

“It also proved Egypt’s ability to control the spread of the pandemic, making us the first country to adopt an integrated preventive plan for a major global sporting event in which 32 countries participate in light of facing the pandemic,” she said.

In a statement following the end of the tournament, the Ministry of Health and Population noted that preserving the health and safety of the participating delegations was undertaken through an integrated plan.

It included the implementation of the “full bubble” policy, which is based on selecting a fixed group of hotel workers and healthcare workers to accompany each of the participating teams, in order to reduce chances of infection.

During the competition, medical services were provided through a dedicated medical team that included more than 1,000 individuals. These covered doctors in various specialties, nurses, radiologists, laboratory technicians, as well as preventive and administrative teams.

About 30,000 PCR tests were performed on all teams and delegations participating in the tournament, as well as workers at hotels and sports stadiums.

Coronavirus cases in Egypt decline 11% in past week: Health Minister