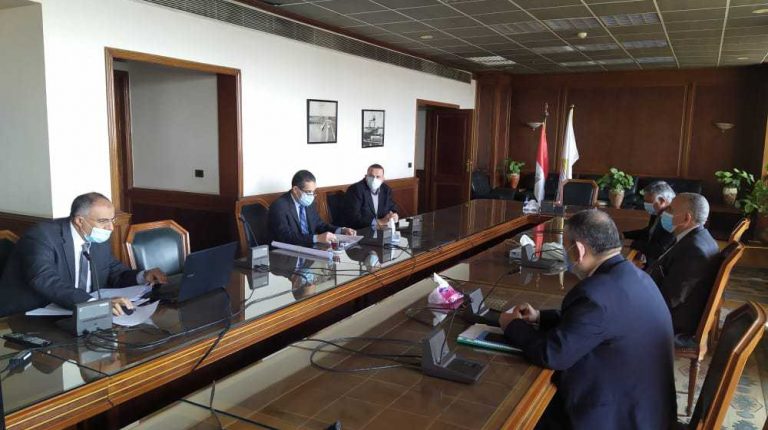 Egypt’s Minister of Water Resources and Irrigation Mohamed Abdel Aaty and Gharbeya Governor Tariq Rahmi met, on Sunday, to discuss the ministry’s irrigation project that is being carried out in the governorate.

During the meeting, Deputy Minister of Water Resources and Irrigation Ragab Abdel Azim and Head of the Irrigation Authority Shehta Ibrahim presented the executive position of the water resources and irrigation projects in Gharbeya.

Abdel Aaty followed up on the implementation of the national project for the rehabilitation of canals in Gharbeya. He said that the Ministry of Water Resources and Irrigation is exerting great efforts to implement the project according to the timetable.

He stressed that his ministry is keen to achieve a high quality of project implementation through continuous follow-up by supervisory teams.

Both Abdel Aaty and Rahmi discussed the proposal to establish the ‘Ahl Masr Walkway’ along the Corniche of Zefta city. The project aims at providing the residents of the city and the surrounding areas with a leisure outlet.

The meeting also dealt with several proposals to maximise the use of the properties of the ministry in the governorate.

Moreover, the Ministry of Water Resources and Irrigation targets the rehabilitation of about 219km of canals in Gharbeya governorate, to add to the 53 km that have already been rehabilitated.

The project aims to improve the process of water management, and the delivery of water in canals.