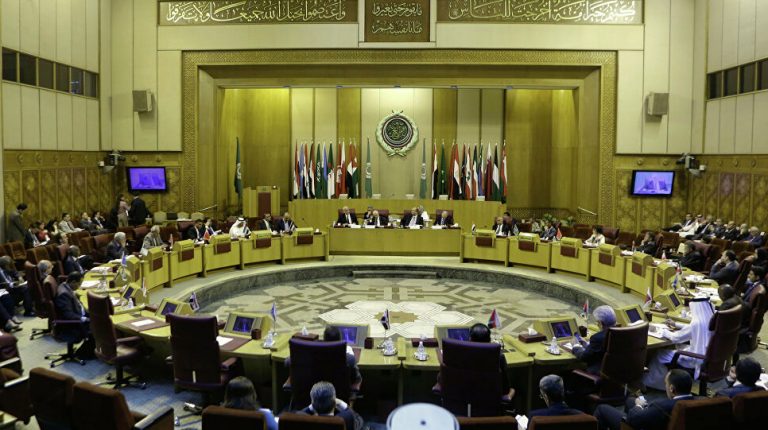 The Arab League hosted the ninth general cooperation meeting, on Monday, in partnership with the African Union (AU).

The meeting was chaired by Arab League Secretary-General Ahmed Aboul Gheit and Moussa Faqih, Chairperson of the AU Commission. The meeting took place with the participation of members of the two delegations from both sides, to discuss issues of cooperation and partnership between them.

The meeting represents the highest coordination mechanism between the two organisations, and establishes for more cooperation and complementary activity between the two. This will take place in support of mutual priorities in the interests of Arab and African countries and peoples.

Aboul Gheit highlighted the Arab League’s pride in the historical relationship between the Arab world and Africa, and the multiple and complementary aspects of cooperation between the League and the AU.

He also noted the crucial role the organisations play in strengthening these ties in various fields. This is a common and mutual commitment that will contribute to opening more areas of cooperation between the Arab League and the AU.

It comes particularly in light of the tremendous challenges facing the Arab region and Africa, and the state of turmoil that has become a characteristic of the international scene. Aboul Gheit noted that the turmoil has undoubtedly been exacerbated by the added difficulties posed by the novel coronavirus (COVID-19) pandemic.

In his speech, Aboul Gheit expressed his appreciation for the role played by the AU in sponsoring negotiations between Egypt, Sudan, and Ethiopia on the Grand Ethiopian Renaissance Dam (GERD).

He expressed his hope for the negotiations to reach a legal, binding, and fair agreement that takes into account the interests of the parties.

He added that the agreement should organise the process of filling and operating the dam, in a way that preserves the water rights of Egypt and Sudan, which are supported by the Arab League.

Aboul Gheit also expressed his aspiration to address the existing or emerging tensions in other locations in the region, with regard to the border crisis between Sudan and Ethiopia.

This is based on the declared desire of the two countries not to engage in any military confrontation, and their declared commitment to resolving this issue by peaceful means. This would happen in a way that preserves Sudan’s full sovereignty over its lands, and the legitimate right to extend and administer its authority over it.

For his part, Faqih expressed his appreciation of the valued cooperation with the Arab League. He stressed the need to redouble efforts to compensate and repair the damage caused by the global health crisis on Africa’s economies, and the health and security of its peoples at the national and regional levels.

He also stressed his commitment to developing this partnership regarding aspects that serve the common goals of the two organisations, and that are in the interests of the Arab world and Africa.

Faqih made note of the importance of activating and completing the implementation of the various programmes and cooperation frameworks that bring the Arab world and Africa together.

This is particularly with regard to developing a joint action plan aimed at upgrading the Arab-African partnership, and the areas of cooperation, projects, and joint activities between the two sides.

There are preparations taking place to present these points to the foreign ministers of African countries, which will be submitted to African leaders during the upcoming African Summit on 6-7 February.