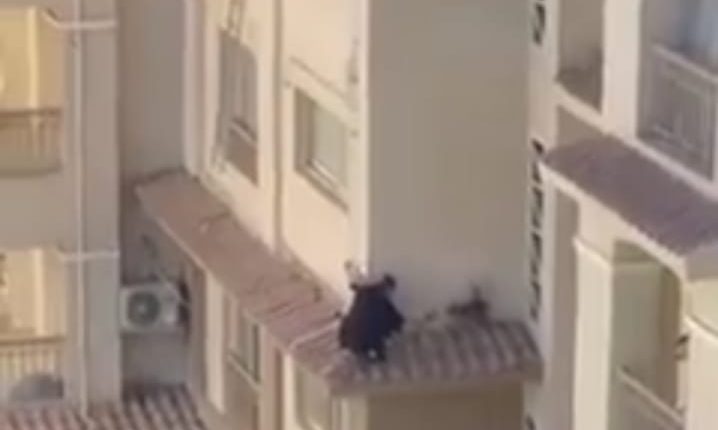 A video of one of the firefighters of Madinaty fire department rescuing a cat who fell on the balcony of a building went viral on social media.

Madinaty, which is located in east-Cairo is affiliated with the Hisham Talaat Mostafa, the CEO of Talaat Moustafa Group.

Several social media users on the groups and pages of the city thanked the fire department.

They also applauded the neighbours who called the fire station to save the cat from falling from the balcony of the building.

It is noteworthy that Madinaty, which is located on an area of ​​8,000 feddan, is one of the integrated projects developed by Hisham Talaat Moustafa Group, east of Cairo, in addition to Al-Rehab city.