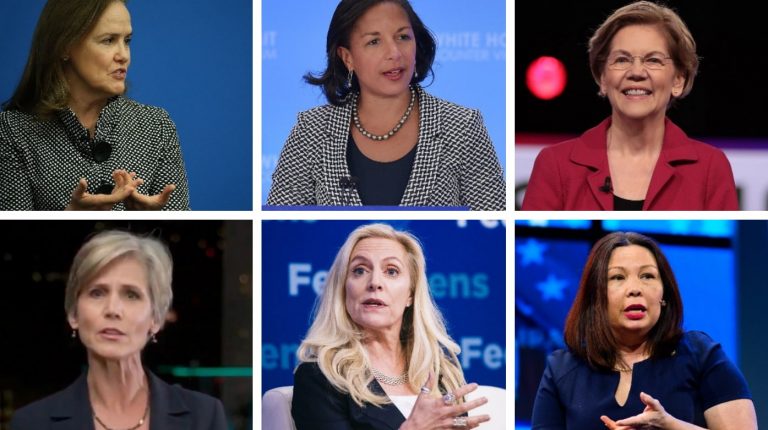 US President Joe Biden’s cabinet is the first in American history in which the number of women is nearly close to that of men.

Biden also announced the appointment of a team of all-female members to the White House press office in his administration, which his office described as the first team of its kind in the country’s history. These facts are striking paradoxes regarding the status of women in the US.

The image entrenched in the minds of most may be that the status of women in the executive authority in the US is equal or even close to that of men, especially since the US is a country of freedoms, and the ideological supporter of the idea of women’s rights and women’s movements in the world.

But in fact, the reality of women in the US, especially concerning political participation, is completely contrary to that mental image. While many nations around the world make progress increasing women’s presence in positions of political power, the US has not kept pace.

According to statistics, the US ranks 91st in the world on the ranking of women’s representation in official and political positions, coming after countries such as Rwanda, Nepal, Cuba, and Finland.

Although women are becoming increasingly active in American politics, the majority of political office holders at the state and federal levels are still male. In 2015 for example, according to reports, women held 78 of 317 state executive positions.

Women also held only 104 of the 535 seats in the US Congress, and 1,786 of 7,388 positions in state legislatures. As for state governors and city mayors, women occupied the position of a state governor in only five states out of the 50 states.

The rate of female participation reached its peak during President Bill Clinton’s second term, reaching about 40%. Despite this, the percentage decreased significantly under President Trump, reaching only 20%, especially after Nikki Haley resigned from the position of ambassador to the United Nations (UN).

This means that the status of women is still far from achieving equality with men, and it also means that women’s participation in political life is still very weak.

One of the issues that still raises controversy, until now, is that the US signed the Convention on the Elimination of All Forms of Discrimination Against Women (CEDAW) under President Carter in 1980, but this agreement has not been activated until today.

This comes despite the fact that the ratification of this agreement would enhance and raise equality between men and women in society in general and at the level of political life in particular. Moreover, ratification of CEDAW is essential if the US is to continue to be seen as a global leader in human rights.

Many hope that the Biden administration may play a historic role in empowering women in the US, and some even believe that the next president will be a woman. Regardless of prospects for the future, women’s political participation leads to tangible gains in democracy, including responding to citizens’ demands and striving for a more sustainable future.

Several studies also confirm that, with the increase in the percentage of women’s representation, there will be an increase in focus on policies that reflect concern for families, women, and ethnic minorities.

In the words of Madeleine Albright, former US Secretary of State, women in power can be relied upon to raise issues that others overlook, and to seek an end to abuses that others will accept.