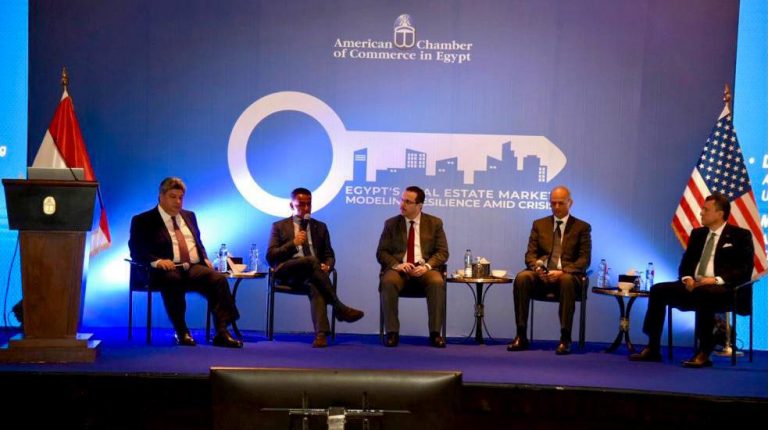 Egypt’s New Urban Communities Authority (NUCA) is currently developing 61 new cities on a total area of 3.25 feddan, according to Waleed Abbas, Assistant Housing Minister for Community Affairs at the authority.

The Assistant Housing Minister’s remarks came during a seminar entitled “Egypt’s Real Estate Market: Modelling Resilience amid Crisis”, held by the American Chamber of Commerce (AmCham) in Egypt on Wednesday.

“We have started construction works in 17 cities, and have completed 90% of the first phase development of fourth generation cities,” he added, “The first phase’s total area is estimated at 580,000 feddans, and accommodates 30m citizens, whilst providing thousands of job opportunities.”

He explained that in 2019 the government began the development of 14 new cities, adding, “We have completed 20% of eight new cities with the aim of attracting new investment in Egypt’s property sector, and indeed we have succeeded in that, especially in the New Administrative Capital (NAC).”

Abbas said that the NAC is experiencing significant and unprecedented achievements, with 85% to 90% of its first phase utilities and infrastructure completed.

He highlighted that NUCA has made the first offering of an in-kind and cash share system with a real estate developer at the New Alamein City.

He said that investor applications will be received from 8-15 February at the NUCA’s headquarters.

“After the request is approved, the investor has to pay 10% of NUCA’s total share within 60 days from the date of issuing the financial claim,” he added.

The Ministry of Housing, Utilities and Urban Communities provides and develops facilities and advantages for developers to launch businesses and invest in new urban communities. This means new job opportunities, which encourages people to accommodate and reside in these new cities, he disclosed.

For his part, Ayman Sami, JLL’s Country Head for Egypt, said that property owners in central and west Cairo have become more flexible with lease rates and terms, and that prime rents in New Cairo have remained relatively stable.

He said that Egypt’s rental market demand remained resilient, especially towards the second half (H2) of 2020, and that he expects the demand for housing to slow down in the short term particularly in the mid-to-high end segment.

Furthermore, Sami pointed out, “We [JLL] remain optimistic in our outlook for Cairo’s residential market in the medium-to long term, as the government strongly supports the sector.”

Issa added that CIB is one of the most important banks in financing property in Egypt, through its allocation of a huge amount of money in supporting the sector.

He noted, “In 2020, our lending to household sector in Egypt grew by about EGP 8bn, out of which EGP 2bn of the funds were allocated to individuals to buy their own units.”

Tarek Fahmy, CEO and Managing Director of the AlTawfik Leasing Company, said that the non-banking financial sector could provide many solutions to financing real estate and developers, as well as buyers.

Fahmy said that activating the role of mortgage finance companies will remove financing pressures from the responsibility of developers. This is due to their taking over the financing provided to customers to buy unit through instalments over long payment terms.