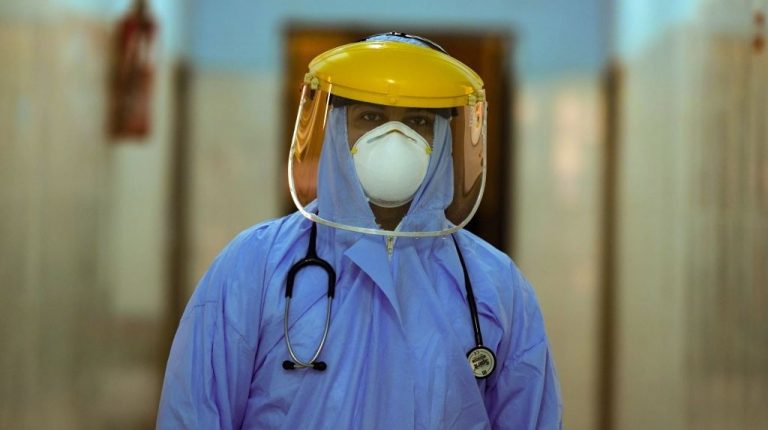 Egypt’s Minister of Higher Education and Scientific Research Khaled Abdel Ghaffar has revealed that the occupancy rate from cases with the novel coronavirus (COVID-19) have declined at university hospitals.

In televised remarks, on Monday, Abdel Ghaffar also said that the percentage of positive infections arriving at university hospitals and taking PCR tests is only 9%.

He added that the percentage reached as high as 40% in the first wave of the outbreak, while it only reached between 23%-25% in the second wave.

Meanwhile, Ministry of Higher Education and Scientific Research Spokesperson, Hossam Abdel Ghaffar, said that the number of coronavirus patients being treated at university isolation hospitals has substantially decreased. He said that the decline can be attributed to the adherence by Egyptians to precautionary measures and face masks in public.

Earlier this week, Egypt received its first shipment of the AstraZeneca/Oxford University vaccine for the coronavirus, a week after the country embarked on a nationwide vaccination campaign.

Minister of Health and Population Hala Zayed said that a total of 1,315 healthcare workers have received the first dose of the Sinovac vaccine, manufactured by Chinese pharmaceutical company, Sinopharm. The healthcare workers are employed at 22 isolation and fever hospitals across Egypt.

The medical teams at the Abu Khalifa Isolation Hospital in Ismailia were the first in the country to receive the vaccine last week.

On Tuesday, Egypt reported 521 new coronavirus cases and 47 new fatalities, bringing the country’s total since the start of the pandemic to 167,013 cases and 9,407 deaths.