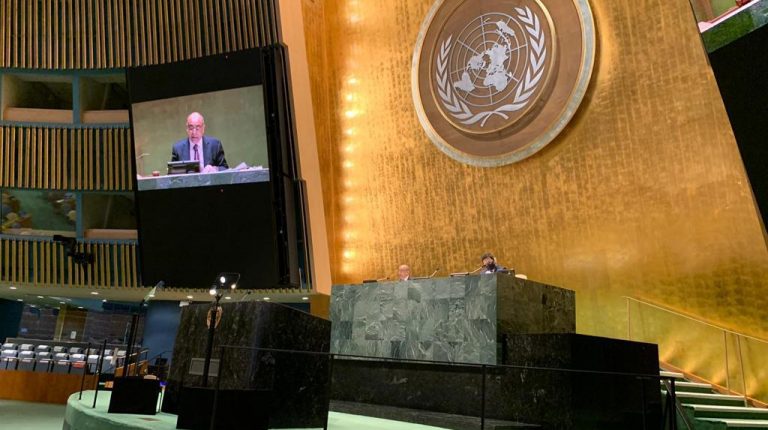 Egypt has been elected to chair the 15th session of the United Nations (UN) Peacebuilding Commission, succeeding Canada to the role.

The election occurred during the official meeting held by the committee, on Wednesday, at the UN headquarters in New York. Egypt’s election to chair the committee follows the approval of its nomination at the African group level in New York.

With the nomination under its belt, this meant that Egypt became a candidate representing Africa to take this important international seat. The latest positive results follow on from the country’s re-election as a member of the Peacebuilding Commission in elections that saw stiff competition in December 2020.

Ambassador Mohamed Idris, Egypt’s permanent representative to the UN, said that the country’s election to the Peacebuilding Commission chair for the first time has crowned the efforts of Egyptian diplomacy over a decade and a half.

Idris added that the interventions of the committee members showed great warmth and appreciation for the committee’s pioneering role in peace building. It also affirmed the commitment of the members to support the peace building agenda, in addition to the priorities of the Egyptian presidency.

He affirmed the intention of Egypt’s presidency of the committee to continue working to mobilise international support and attention to support peace building in countries emerging from or affected by conflicts.

This will be based on the principle of national ownership and leadership, especially in Africa, which occupies the largest share of the committee’s work programme.

He also noted Egypt’s keenness to maximise the benefits gained from the advisory role of the Peacebuilding Commission to the Security Council, the General Assembly and the Economic and Social Council.

The country additionally aims to maximise the committee’s role in building bridges and enhancing the consistency and harmony of roles within the UN system. Egypt also looks to deepen partnerships, including with the African Union (AU) and other institutions.