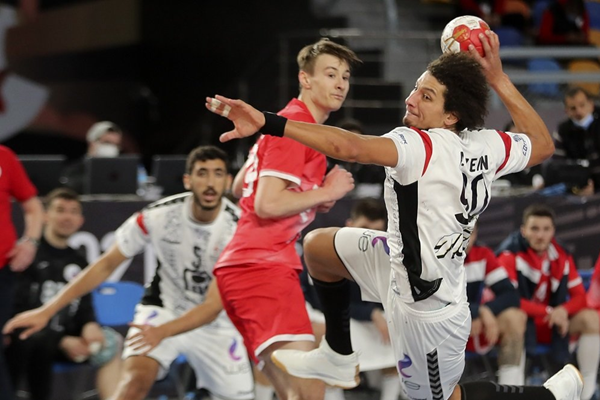 As you know, sport in Egypt is one of the most developed among all Arab and African countries. Local sports clubs receive financial support from the authorities and the government, several universities in the country have sports faculties, and millions of Egyptians watch the competition on TV screens and in stadiums. Here are the most important events in Egyptian sports and competitions that will be remembered for 2021.

In Egypt, soccer is one of the most popular sports, so we couldn’t avoid mentioning the Premier League.

The tournament is attended by 18 teams. During the season, each club meets twice with all other clubs, once – on its field and once – on the opponent’s field. Thus, the championship season for each team consists of 34 matches.

At the same time, the clubs that took first and second places at the end of the season advance to the qualifying round of the CAF Champions League. The third-placed club will play in the CAF Confederation Cup qualification. In the entire history, teams from Egypt have won the main club football tournament in Africa 14 times.

The teams that took the last three places leave the tournament and move to the second most important division in Egypt.

The current season started on December 11, 2020, and will end on June 7, 2021. In the Egyptian Premier League, 90 matches have been played out of 124, 11 rounds have been completed. At the moment, Zamalek is in first place with 23 points, Al Ahly from Cairo is in second place (21 points), and El Gouna with 18 points closes the top three.

You can place a bet on who will become the champion of the country this year, as well as on individual Premier League matches, in one of the reliable bookmakers, which are included in the rating of Meta.reviews.

Wadi Degla, Ismaily and El Entag El Harby are on the verge of relegation from the main championship of the country.

Midfielder Ahmed Samir Mohamed from Tala El Gaish is currently the top contender for the season’s top scorer. He scored 6 goals in 10 games.

From 13 to 31 January, the world’s best handball players competed in five cities in Egypt. Until the last moment, it was planned that spectators would be admitted to the competition, but in the end, this idea had to be abandoned.

Thirty-two teams were supposed to play in the championship at once, and this has never happened in the history of world championships. But, the Cape Verde national team was forced to withdraw from the tournament after the first match because most of its players fell ill with the coronavirus. Thus, 17 teams represented Europe, 7 teams represented Africa, 4 – Asia and 3 – South America.

The teams were divided into eight groups. Three teams from each went on to the next stage. Then the teams were combined into 4 groups of 6 teams. According to the results of three more rounds, the two winners of the groups went to the quarterfinals, and then everything happened according to the Olympic system.

The teams that were eliminated at the stage of the preliminary round played in the consolation tournament, the Presidents Cup. The teams of Tunisia, Congo and Angola competed for this trophy. Each played three games. In the end, the Tunisian handball team got the trophy.

And the gold of the world championship this year was won by the Danish national team, silver medals went to handball players from Sweden, the bronze was won by the national team of Spain, which beat France in the match for third place. The Egyptian athletes were in seventh place at the end of the tournament.

The best player of the tournament was Mikkel Hansen from Denmark, the top scorer was Frankis Marzo from Qatar (he scored 58 goals).

Athletes (both professionals and amateurs) start to run at dawn at the Temple of Queen Hatshepsut. Every year, even Olympic champions of different years from various countries participate in the race. The marathon has become one of the most important events in the world for fans of sports events.