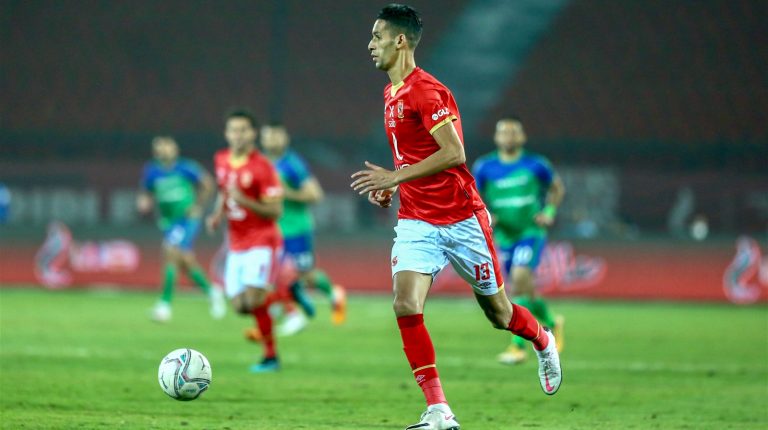 Egypt’s Al Ahly SC will face Qatar’s Al Duhail on Thursday, in the first round of the FIFA Club World Cup at the Education City Stadium in Qatar.

The Red Devils are looking for victory and qualification for the semi-final round in the competition, where they will meet the German giants Bayern Munich.

This is Al Ahly’s sixth time participating in the FIFA Club World Cup, having previously won over New Zealand’s Auckland City and Japan’s Hiroshima in 2006 and 2012, respectively. The team lost, however, in three other editions of the competition, against Saudi Arabia’s Al Ittihad, Mexican team Pachuca, and China’s Guangzhou in 2005, 2008, and 2013, respectively.

Historically, this is the first official game between Al Ahly and a Qatari team, where Al-Duhail will participate as the champion of the organising country.

The Egyptian club is participating as champion of the CAF Champions League, as it won its ninth title after the historic victory over Zamalek in the “final of the century”.

Al Ahly’s participation this time is unique, as the team has been in isolation in Qatar due to the novel coronavirus (COVID-19) pandemic.

Other teams in Doha are also undertaking the same isolation, after FIFA imposed a strict system to avoid the spread of the pandemic among the competitors at the tournament.

Al Ahly’s South African coach Pitso Mosimane, has set up a special programme to help the team prepare for the meeting against Al-Duhail on Thursday.

It is expected that the Egyptians will place Mohamed El-Shennawu in goal, as one of their most important strengths, particularly after his tremendous form recently. The duo Ayman Ashraf and Badr Bannon will also appear, along with Mohamed Hani and Tunisian star Ali Maaloul in left-back.

In the attack, it is likely that Taher Mohamed Taher and Mahmoud Kahraba will start behind Mohamed Sherif, especially as Hussein Al-Shahat is currently out with a muscle injury.

For his part, Mahmoud Al-Khatib, head of the Al Ahly team’s mission in Qatar, was keen to ease the pressure on the players before the match. He has asked them to play to please the club’s fans, as they are not required to win the World Cup, due to their having already won the African championships.

Al-Khatib stressed his confidence that the team will present its best side, and represent Al-Ahly, Egypt, and even Africa, in a manner befitting the Continental Club.

Sayed Abdel Hafeez, director of football at the club, expressed his confidence in the players’ abilities to achieve a good result, stressing that the technical staff have studied Al-Duhail well.

The meeting between Al-Ahly and Al-Duhail will take place in front of a limited audience that will not exceed 30% of the stadium’s capacity, due to the precautionary measures against the coronavirus.

The fixture between Al Ahly and Al-Duhail in the FIFA Club World Cup, on Thursday, will be the scene of a special contest with a Moroccan flavour.

On opposing sides of the field are Medhi Benatia, the star of Al-Duhail, and his compatriot Al Ahly star Badr Benoun. Their participation in the match comes as the FIFA Club World Cup opens, which will be held from 4 to 11 February.

Benatia leads Al-Duhail defence against a Moroccan leadership in Al Ahly’s defence, with Badr Benoun, who joined the Egyptian club at the beginning of this season from Morocco’s Raja Casablanca.

This season, Benatia has participated in six of the 15 rounds in the league championship in which his team have taken part. The Moroccan star is counting on reconciling with his team’s fans during the FIFA Club World Cup.

Benoun raised the challenge before facing Al-Duhail in Qatar. The solid Moroccan defender is one of Al-Ahly’s main pillars of strength, after proving his presence in the team and Mosimane’s reliance on him in the last matches in the league.

From the very first moment, Benoun booked his place in the Al-Ahly squad, missing only two matches and playing 11. During the season, he has scored one goal, and has successfully proven his presence in the team.

Although Benoun has only completed two months in the Al-Ahly ranks, he participated in the Egypt Cup crowning and was a witness in the stands to the team’s success in the CAF Champions League final against Zamalek.