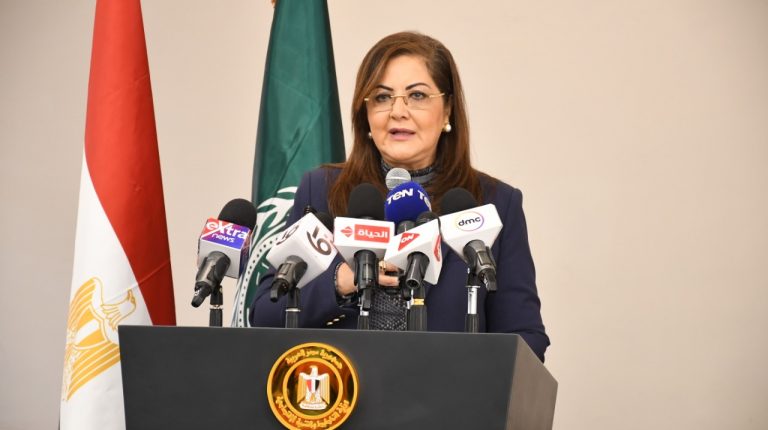 Egypt’s Minister of Planning and Economic Development Hala El-Said has received the Best Arab Minister Award in a ceremony at her Ministry’s headquarters.

The ceremony took place in the presence of Nasser Al Qahtani, Director General of the Arab Organization for Administrative Development (ARADO), and representatives from the organisation and the Ministry of Planning and Economic Development.

El-Said applauded ARADO’s active role as one of the most important specialised regional organisations, and a hub of expertise to achieve administrative development in the Middle East. She thanked the organisation, the Arab League, and the UAE for the award.

The minister stressed that the award is an appreciation and honour for the Egyptian state and its institutions, as it is the result of the government’s collective work and effort.

“The honour is a tribute to the Egyptian woman and a culmination of the role they play in the Egyptian development experience, and the successes they achieve in all fields,” she said, “It is an embodiment of the great confidence and unprecedented support women receive from the political leadership in carrying out this role.”

She thanked the Ministry’s employees and leaders as partners in this award, as they are always active partners in the success of the work system in the ministry.

El-Said noted that Egypt has a comprehensive development experience, based on administrative reform. Such reforms included many pillars, the most important of which is legislative reform and institutional development.

The reforms also seek to raise the efficiency of the state’s administrative apparatus, develop and automat government services, and above all, train and capacity build especially among youth and women.

This comprehensive approach can be achieved by expanding investment in people, qualifying youth for leadership, and achieving the strategic goal set by the government. The latter focuses on preparing the necessary human resources to raise the efficiency of the administrative apparatus.

At the same time, it seeks to develop government performance, and implement the sustainable development strategy Egypt Vision 2030.

El-Said explained that investing in people is the most important type of investment and the most rewarding.

This is because it is a long-term and sustainable investment, and the presence of young people in leadership opens a platform for mutual dialogue. It also gives young people confidence, and strengthens their participation in the decision-making process.

“We have many promising models, and there are many deputy ministers and assistants, as well as deputy governors, who are among the youth, so the goal is to create a second row of active youth leaders,” El-Said said.

The Minister also referred to the Egyptian Government’s Digitisation or Digital Transformation file as a basic pillar for comprehensive and sustainable economic development. This comes particularly in the context of the digital economy and the expansion of electronic financial services, which has become a global trend and approach adopted by different countries of the world.

The transformation to the digital economy is one of the products and fruits of the interaction between the applications of the global economy, the knowledge revolution, and the successive developments in information and communication technology (ICT).

El-Said referred to the modern information infrastructure that Egypt has accomplished, and which has strengthened the power of the country’s economy. The increased digitisation was implemented in light of the novel coronavirus (COVID-19) pandemic, and has seen a significant rise in reliance on electronic applications.

El-Said pointed to the “Egypt Government Excellence Award”, which was launched in 2019 under the patronage of the President of Egypt.

The minister noted that the second round of the award is currently being implemented, as work is underway in the evaluation phase with the results to be announced soon. She explained that the second session witnessed an expansion in adding new categories for the award, including service categories that deal directly with citizens.

Under these categories, there are awards for the best catering office, health bureau, and social rehabilitation centre. These come in addition to adding new institutional categories, such as the best employee award and the best work team to encourage teamwork.