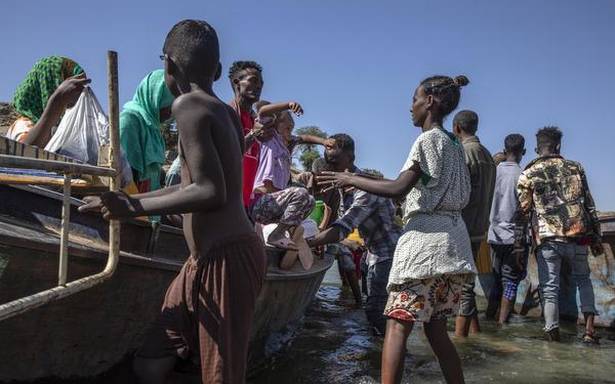 The United Nations on Wednesday called for unhindered humanitarian access to the conflict-stricken Tigray region of Ethiopia as the Security Council is expected to hold closed-door consultations on the issue.

Very little is being allowed in. There was a convoy that was allowed in to reach some of the refugee camps, he told reporters. “What we need is to be able to just get in there in an unfettered manner without having to, I guess, negotiate for every truck, for every box (of aid).”

The United Nations has to work cooperatively with the federal government of Ethiopia, and has to go through it for the delivery of humanitarian assistance in Tigray, he told a daily press briefing. “That’s the way it should be. But there is a grave humanitarian need in Tigray, and at this point, we’re not able to reach the people that need to be reached.”

The UN Office for the Coordination of Humanitarian Affairs (OCHA) said Monday that access constraints in Ethiopia due to the ongoing conflict and administrative bureaucracy continue to challenge the urgent scale-up of humanitarian assistance and prevent the population from gaining life-saving support.

Access is particularly limited in rural areas, where 80 percent population of Tigray lived before the start of the conflict and where many additional people took refuge, said the office.

Although dozens of trucks carrying humanitarian commodities are being mobilized toward Tigray, most of the critical staff that are needed to carry out distributions and to ensure the response is principled and based on needs have not been able to travel to the region, it said.

The Security Council is expected to discuss the humanitarian situation in Tigray under “any other business” in closed-door consultations on Wednesday afternoon. Undersecretary-General for Humanitarian Affairs Mark Lowcock is expected to brief the council members.