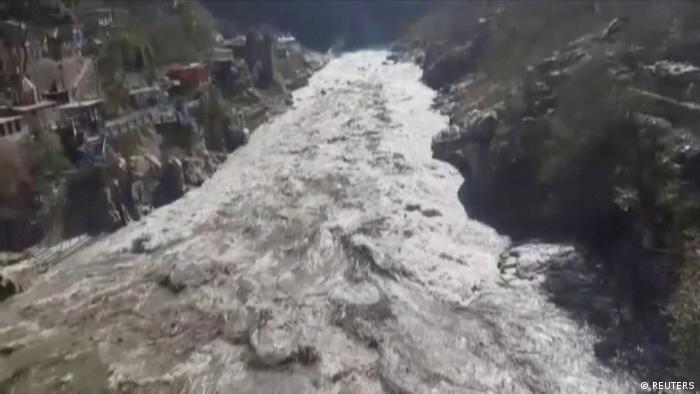 It is feared that 150 people have been killed in India’s northern Uttrakhand state, after part of a glacier broke away and hit a dam, on Sunday, causing widespread heavy flooding.

Indian officials told Reuters that people were being evacuated from areas near a river fed by the glacier, where they had already seen rising water levels.

“It came very fast, there was no time to alert anyone,” Sanjay Singh Rana, who lives on the upper reaches of a village in the area, told Reuters by phone, “I felt that even we would be swept away.”

Indian authorities put districts in the north of the country on high alert, as locals fear that people working at a nearby hydro-power project had been swept away, Reuters reported. It is also thought that villagers in the area near to the river have also been swept away, the news agency added.

Videos posted on social media by locals showed water washing away parts of the dam, as well as other obstacles in its path. One video showed torrents of water smashing against rocks on the banks of the river Dhauli Ganga.

India’s Prime Minister Narendra Modi tweeted that he was “constantly monitoring the unfortunate situation in Uttarakhand”.

He added, “India stands with Uttarakhand and the nation prays for everyone’s safety there. Have been continuously speaking to senior authorities and getting updates on NDRF deployment, rescue work and relief operations.”