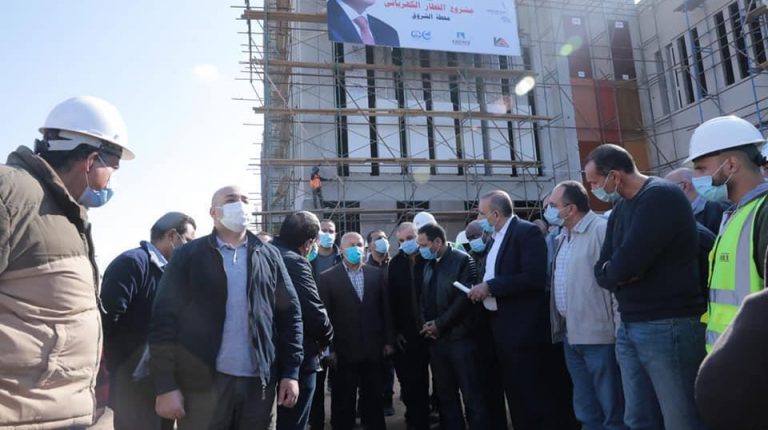 Egypt’s Minister of Transport Kamel El-Wazir has announced that about 78% of the construction work on the country’s first electric railway project has been completed.

El-Wazir’s remarks came during his inspection visit to the construction site of one of the electric railway stations, to follow up on the progress of work.

The new railway will span over 90 km, and links the 10th of Ramadan City on the outskirts of Cairo to the New Administrative Capital (NAC). Its 16 stations also link up with the new cities of El Salam, Obour, Shorouk, Al-Mostakbal, and Roubiki.

Egypt’s electric railway project aims to provide a modern, safe, and eco-friendly transportation system, facilitating the movement of citizens and providing distinguished transport services. The first two phases of the project are expected to be completed by October 2021.

The new railway will start from the Adly Mansour exchange station that intersects with the Cairo Metro’s Line 3, crossing all the way through the Cairo-Ismailia desert road to Rubiki. There, it will branch into two parts, with one route heading north alongside the regional ring road, serving the 10th of Ramadan City.

The other route will head south from Rubiki station to the NAC. In the second phase, the line is planned to extend to the Sports City at the intersection of the Ain Sokhna road with the regional ring road