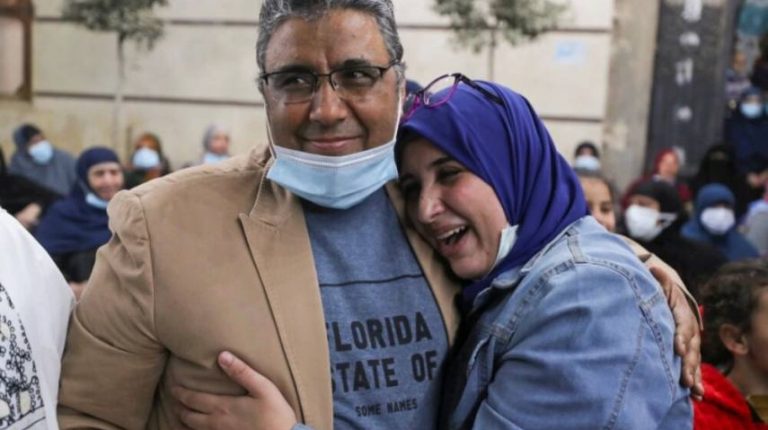 At the time of his detention, Hussein was a journalist and producer for the Qatari owned Al-Jazeera channel, which has frequently been accused of bias against the Egyptian state.

Hussein was released from the Abu Al-Nomros Police Station, on Saturday, following which he headed home.

At the time of his arrest, Egypt’s Ministry of Interior issued a statement confirming his detention. The ministry said that it had received information concerning officials from Al-Jazeera, who were allegedly attempting to incite chaos and violence against state institutions in Egypt. Many international media organisations have called for Hussein’s release since his detention.

Amr Adib, the renowned Egyptian media personality who is known for his close ties with the Egyptian government, expressed his happiness at Hussein’s release during his talk show, which is broadcasted on the Saudi-owned MBC Misr Channel.

He urged the Egyptian state to revise laws and articles which are often used to extend pre-trial detention, a demand that many human rights organisations, local opposition parties, and youth groups have repeatedly called for in recent years.

During his show, Adib, who has been a vocal supporter of the Egyptian Government’s decisions, called on the authorities to “revise once again [the articles] of pre-trial detention”.

“I am happy because of Hussein’s release, and I know my words will upset many people,” Adib said, “Anyone who is not involved in blood or killing and who is acquitted legally, I am for his release.”

He also cited “political reasons and the abundance of cases” four years ago that may have led to Hussein’s arrest.

“The Egyptian government has to explain situation in the last four years,” he added, “Hopefully, if there are people with similar cases [like Hussein’s] they have to be released, as this is only humane and normal.”

Activists hope that such discussions will encourage lawmakers to revisit articles on the penal law related to pre-trial detention. Others have demanded that defendants who are held in pre-trial detention should be included in the seasonal prisoners’ pardons list, which the Egyptian government release every national or religious holiday.