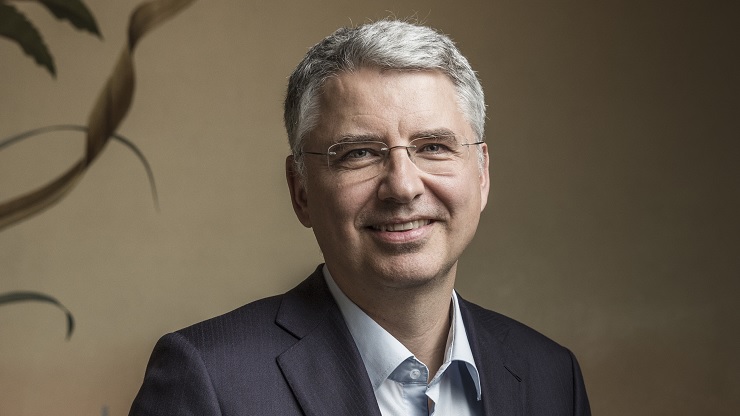 The chief executive of Swiss pharma giant Roche said China’s role as a provider of medicines and an innovation hub is increasingly important as the company reported solid 2020 results on Thursday and expects sales growth in the low to mid-single digit range this year.

CEO Severin Schwan told Xinhua in an interview following the announcement of the group’s annual earnings that Roche sees “very good growth for our new medicines, which we have recently launched. On top of it, we also see a strong demand for our COVID-19 tests. Overall, I am confident that we can grow our business also for the current year.”

Roche, the biggest maker of cancer drugs and headquartered in the Swiss city of Basel, is also the largest manufacturer of diagnostic equipment for identifying diseases.

While the company does not produce COVID-19 vaccines itself, it has a deal with U.S. biotechnology company Regeneron to develop, manufacture and distribute Regeneron’s investigational anti-viral antibody cocktail.

The CEO also said that China, the company’s second-biggest market behind the United States, was gaining importance.

“Not only as a market but very much so also as an innovation hub. That’s also the reason why we are present in China across the full value chain, from research, development, manufacturing to distribution,” Schwan said.

“I’m convinced that China will play an ever-increasing role not only as a market but also as a provider of medicines, not only for China but also for the world. That’s the reason why we invest in particular in research and development in China.”

Asked about his view on China-developed vaccines such as Sinopharm or Sinovac Biotech, Schwan said: “I think it’s very good news that we have several companies around the world developing vaccines. Because what we have learned about this coronavirus is that it can easily mutate.”

“Many companies are in competition and working on new versions of a vaccine that increases the likelihood enormously that the world will cope with this pandemic. Therefore, the efforts that the Chinese companies are investing are very important, not only for China but also for the world.” (1 Swiss franc = 1.11 U.S. dollars)