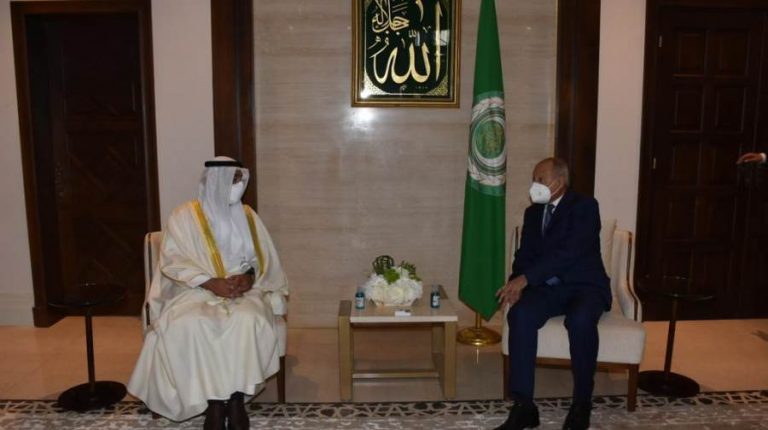 A statement issued by the Arab League’s General Secretariat, where the meeting took place, said that the two sides discussed with Arab developments and challenges facing the region at all levels.

This comes especially in light of global changes, primarily caused by the novel coronavirus (COVID-19) pandemic, that require the intensification of cooperation and coordination at the Arab level.

During the meeting, Aboul Gheit expressed his conviction of the great role played by the GCC, as it is a basic building block in the Arab set-up. It also forms an important pillar of joint action, with Aboul Gheit highlighting the council’s success as an addition to the Arab League.

The two parties discussed methods of enhancing coordination between the Arab League and the GCC, through exchanging experiences and intensifying joint discussions on various issues and files.

Aboul Gheit emphasised the importance of building on the agreements of January’s Al-Ula summit, adding that the easing tensions between Arab countries serves the joint Arab action and enhances its vitality.

During his meeting with the Iraqi minister, the two sides discussed various Arab issues, and exchanged views on the positions of the new US administration towards the region.

During the meeting with Wahba, the two parties exchanged views on the latest developments in the Lebanese crisis.

The two Arab ministers’ visits to Cairo precede the convening of the extraordinary ministerial-level meeting of the Arab League, which will be held on Monday to support the Palestinian cause.