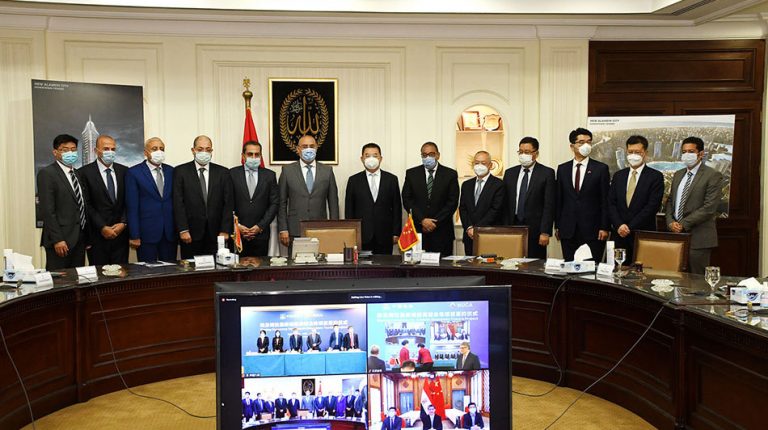 Minister of Housing, Utilities and Urban Communities Assem El Gazzar, whose ministry NUCA is affiliated to, said that the project consists of five fully-finished residential towers with services, overlooking an artificial lake.

The project includes an iconic 68-storey, 250m high skyscraper with a total surface area of ​​465,000 sqm, which is scheduled to be developed over a period of 45 months.

Besides this, four additional towers with a height of 200 sqm each, or 56 storeys, and a total surface area of ​​320,000 sqm will also be constructed. These are scheduled to be developed within 39 months, and are similar to towers of the Central Business District (CBD) at the New Administrative Capital (NAC).

El Gazzar said that the skyscrapers will be self-financed from NUCA’s resources, with an agreement undertaken for CSCEC to pay their dues in local currency.

The Ministry of Housing, Utilities and Urban Communities and its subsidiaries had started a cooperation programme with CSCEC, covering the NAC’s in Central Business District, El Gazzar said.

For his part, China’s Ambassador to Egypt Liao Liqiang said that the Egyptian Government, in recent years, has made great efforts in urban development and the establishment of new cities.

Liqiang said that the cooperation between Egypt and CSCEC has been highly successful, and progress has been despite the novel coronavirus (COVID-19) outbreak. All project workers from the Chinese and Egyptian sides have undertaken considerable efforts in the project, while taking precautions.