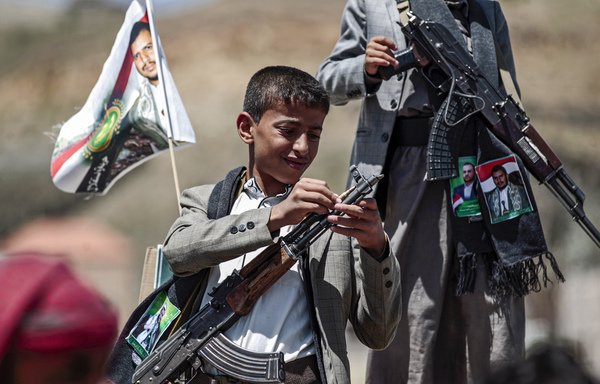 Egypt has condemned an attack carried out on Saudi territories by Yemen’s Iran-backed Houthi movement. The drone attack was intercepted and destroyed by the air defence forces of the Saudi-led coalition in Yemen.

In a statement on Monday, Egypt’s Ministry of Foreign Affairs extended support for the measures taken by Saudi Arabia to protect its national security. Egypt also reiterated its strong condemnation of such “despicable terrorist attacks” targeting the kingdom.

On Sunday, the Saudi-led coalition announced that its air forces had intercepted a Houthi drone that had been launched from Yemen, aimed at territory inside Saudi Arabia.

Egypt has repeatedly stressed the need to respond to all ceasefire calls, in order to reach a settlement for the Yemen crisis in accordance with the relevant references. This particularly relates to the Gulf Cooperation Council (GCC) initiative, the outcomes of the comprehensive national [Yemeni] dialogue, and UN Security Council Resolution 2216.

Since then, Saudi Arabia has led a Coalition for Supporting Legitimacy in Yemen, which includes the UAE, Jordan, Bahrain, Pakistan, Djibouti, Sudan, Senegal, Kuwait, and Egypt.