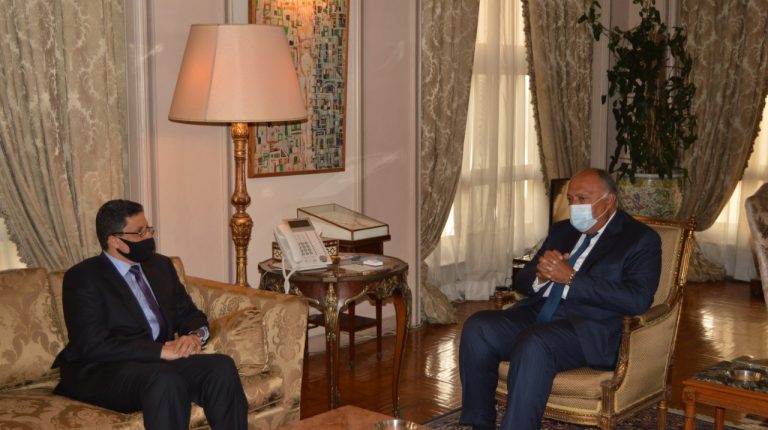 Minister of Foreign Affairs Sameh Shoukry has expressed Egypt’s confidence in the new Yemeni government’s ability to unify the country, whilst emphasising Egypt’s support for Yemen’s path to a comprehensive political solution.

He also said that a political solution is the best way to settle the crisis in Yemen based on the agreed upon references, especially given the Gulf initiative.

Ahmed Hafez, Spokesperson for Egypt’s Ministry of Foreign Affairs, said that Shoukry expressed Egypt’s support for the efforts of the Yemeni government aimed at achieving security and stability.

This also includes advancing the path of development in Yemen, which comes in addition to Egypt’s keenness to strengthen relations with the country. This will build upon the outcomes of the successful visit of Yemen’s Prime Minister Mo’een Abdel Malak to Cairo in July 2020.

Shoukry stressed Egypt’s total rejection of all terrorist acts that target the security and stability of Yemen and the region.

For his part, Yemen’s Foreign Minister affirmed the depth and history of relations between the two countries and their peoples. He said that his country’s government is keen to advance aspects of bilateral cooperation with Egypt during the coming period in a number of priority areas.

These include benefiting from Egyptian expertise in training Yemeni professionals, as well as looking forward to holding a joint committee between the two countries during the current year.

Mubarak also expressed appreciation for Egypt’s position on the crisis in his country and for the support it provides to the Yemeni government, as well as to the Yemeni community residing in Egypt.