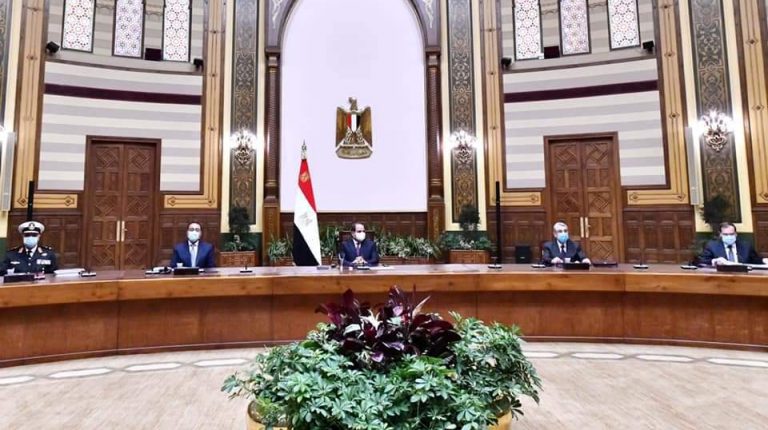 Al-Sisi’s remarks came during his meeting with the chief executives of a number of Belgian companies, including Dredging, Environmental and Marine Engineering NV (DEME) group, and the Port of Antwerp company.

The President explained that the renewable energy projects aim to exploit Egypt’s diverse natural resources, in order to provide the energy needed for development projects, as well as in energy-intensive heavy industries.

Presidency Spokesperson Bassam Rady said that the meeting discussed cooperation between the Egyptian government and the Belgian companies, to invest in the production of green hydrogen for power generation.

The Belgian side expressed their honour at meeting the President, whilst highlighting the great attention the European Union (EU) pays to expanding the production, transportation, and storage of green hydrogen. This comes as part of the efforts to remove and reduce the percentage of carbon in the air.

They also asserted their keenness to cooperate with Egypt in this field, due to the suitable natural properties and ingredients found in the country. This comes in addition to the great investment and development climate that Egypt currently enjoys, under the personal auspices of the President.

They pointed out the multiple benefits Egypt will gain from renewable energy projects, in addition to transferring knowledge, training employees, and encouraging local industry. It will also enhance port movement and ensure a strategic access to the European energy market.

Green hydrogen is a fuel created by using renewable energy instead of fossil fuels. It has the potential to provide clean power for manufacturing and transportation.

Unlike oil and natural gas, it does not emit carbon dioxide and other greenhouse gases when burned. It is stored more easily than electricity generated by wind turbines and solar farms, and can be transported by ship or pipeline. It is also made from water, rather than methane or other hydrocarbons.