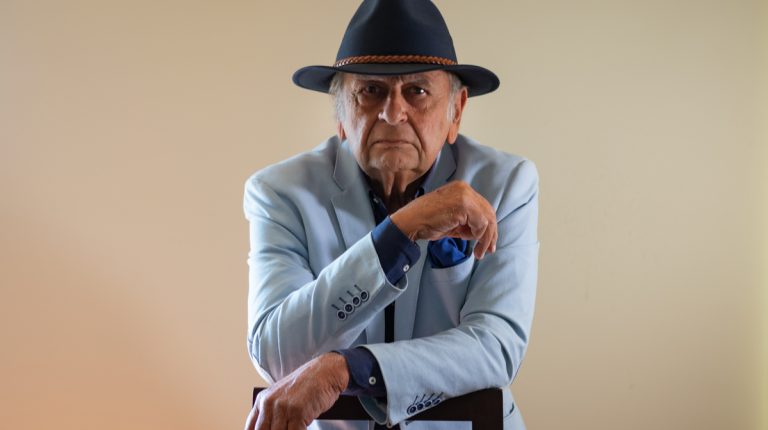 Designed and created as a one of a kind and unique architectural gem in the Middle East and North Africa (MENA) region, the Cairo Stadium Indoor Halls Complex was built in 1991 for All-Africa Games.

The complex, which recently hosted the 2021 World Men’s Handball Championship, was built by the prominent Egyptian Architect, Magd Masserra. It features four Olympic-standard, multi-purpose indoor sporting halls, with its main hall holding a capacity of 16,900 spectators.

In the 30 years since its construction, the complex has been used for a range of sporting competitions, including basketball, handball, and volleyball.

The complex is also the brainchild of Masserra, who over the past 45 years has earned himself a significant track record of creating architectural wonders that bring together art and sculpture. He developed a passion for painting at an early age. It later triggered his talent in architectural design.

Inspired by the Spanish painter Joan Miró, Masserra’s work reflects the artist’s joyful colours, in addition to his focus on nature and portraits.

He graduated with a BA degree in Architectural Engineering from Cairo University, and holds a Master’s degree in Town Planning and Urban Design from Sceczin University in Poland.

Masserra sat down with Daily News Egypt to talk about his greatest career accomplishments, and the biggest challenges he faced throughout his 45-year artistic career.

Can you tell us about yourself and what first led you to architecture?

Since my early childhood, I loved drawing. I believe this is genetic, as my father also loved drawing and I learnt a lot from him. When I finished school, I wanted to join a faculty that combines both art and science. I believed that art alone as a career would not realise my ambitions in terms of lifestyle and standard of living, so I decided to study Architecture as a more suitable career path for me. This is because it is a blend of art and science. In fact, the general definition of architecture is “Mother of Arts”.

What does being an architect mean to you?

Architecture has become one of my most enjoyable hobbies. It is not only my profession, but a true passion. I believe that being an architect drew my pathway to success, and is responsible for the many achievements in my life.

What has been your biggest challenge as an architect?

One of the greatest challenges in my life as an architect was, and will always be, convincing my clients to have a broader artistic vision, as my designs are untraditional, and as they say “out of the box”.

What has been your greatest career accomplishment?

My biggest project, which gained great recognition both locally and internationally, is the Sports Complex in Nasr City, Cairo. The complex includes a squash centre, where the 1985 world championship was held, a hockey stadium, an equestrian stadium, and most important of all, the indoor sports halls complex, where the 1991 All-Africa Games was held.

This complex comprises a number of covered sports halls accommodating 25,000 spectators, all under a dome shaped ceiling with a dimension of approximately 150 metres, and which is held up by suspended cables with no interior supporting columns. I was granted the State Award for Arts & Architecture for this project. Not only does it have structural creativity, but the design concept also integrates the Pharaonic, Coptic, and Islamic architectures, but all in a modern style.

If you could leave one mark on the architecture profession, what would it be?

In my opinion, architecture is one of the most fulfilling professions as it is a combination of art and sculpture. It is a profession that extends the pleasure of creativity in making something that was non-existent, to create space for different functions to satisfy the needs of the users, and to be compatible with the surrounding environment.

Which painter or architect has held the greatest impact on you, or set you on your present path?

The architects that influenced me at the beginning of my career were the famous American architects Frank Lloyd Wright and Louis Kahn. In art, I was influenced by the great artist Miro.

How does your work comment on current social or political issues?

My architectural style can be summed up by my persistent search for a contemporary Egyptian identity. I believe that in the course of political and social developments, the Egyptian society has lost its architectural identity which was inherited from the Pharaonic civilisation.

My goal was always to restore the great Egyptian architecture which has been a source of fascination for the whole world. Since my graduation, I have been working on blending our Pharaonic, Coptic, and Islamic architectural heritages with modern developments in construction.

Tell us more about your latest award from the International Society of Architects?

The last award I received, which was awarded by the International Society of Architects, is in recognition of my overall architectural works, which have influenced a conceptual development in architecture among new generations. The idea is to refrain from imitating Western architecture, and instead to look into our diverse ancient Egyptian architectural heritage and to integrate it into modern construction systems.

How would you use this award to influence others, and how would it impact your career?

This award is not only to reward my achievements, but I believe it is also meant as an encouragement to all architects working in the same profession. It is motivation for the new generations to exert more effort and creativity in reaching a contemporary Egyptian architectural identity.

Can you share with us a project you worked on that had excellent results?

One of my projects which had a significant social impact was the Cultural Center of the Integrated Care Society. Equally important, is also the design of a prototype of a small library for rural areas in the South of Egypt.

The aim of this project was to encourage and offer reading opportunities to poor children in the villages. Only through reading and knowledge can any society develop, as it greatly impacts the general culture of the people which is the basis of any progress.

What are your future goals as an architect?

Currently, my most important target is to pass my lifetime architectural experience over to my students at the French University, where I’m currently teaching.