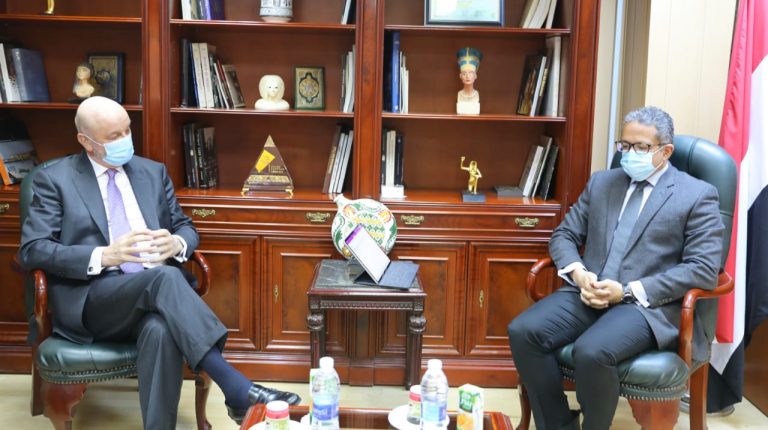 During the Minister’s meeting with Ambassador Casares, the two sides reviewed the latest developments in the bilateral archaeological and tourism projects set up between the two countries.

They also discussed the importance of coordinating efforts to resume inbound international tourism to Egypt especially from EU countries.

Meanwhile, during El-Anany’s meeting with Ambassador Confiado, the two sides discussed the potential of receiving Filipino pilgrims looking to undertake religious tourism trips to the sites of the Holy Family in Egypt.

The two sides also discussed the progress in the project to revive the path of the Holy Family in Egypt, and the opening of the first point on this Path in Samannoud.

For his part, Ambassador Confidado emphasised the depth of relations between the two countries, which will soon reach the significant milestone of its 75th anniversary. He also praised the recently announced archaeological discoveries made in Egypt, and which have dazzled the world.