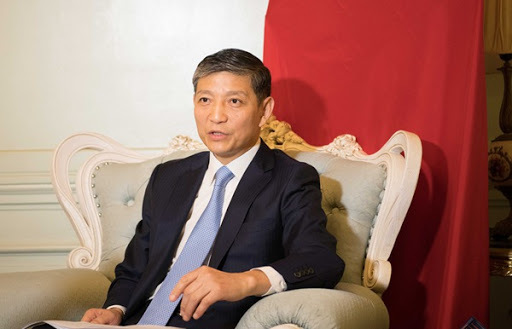 The past year was marked by the sudden onslaught of the novel coronavirus (COVID-19) pandemic. The world economy has been plunged into the worst recession since the end of World War II, and a cold wave of severe recession has been seen with global challenges emerging one after another.

However, China has made major achievements in combating COVID-19, and has taken a strong role in resuming work and production, as well as turning GDP growth from negative to positive. At the same time, it has contributed to world economic recovery, while offering its own solution for working out of the crisis.

It is the only major economy in the world with positive economic growth. In 2020, its economic recovery gathered pace quarter-by-quarter, and returned to positive growth. Major economic and social development targets and tasks have been fulfilled better than expectations. Amid the coronavirus pandemic, China’s annual GDP expanded by 2.3% to ¥101.6trn ($15.42trn).

Decisive achievements were made in China’s three critical battles, namely preventing and resolving the major risks, conducting targeted poverty reduction, and controlling pollution. Over the years, 5.51 million rural people were lifted out of poverty.

China has also made a significant contribution to the global cause of poverty reduction. Its ecological environment has continuously improved, with green development gaining momentum.

And despite the severe impacts of multiple crises, more than 11 million new urban jobs were created on an annual basis, along with there now being no mass unemployment. Personal income growth was in sync with economic growth. Even during the worst of the pandemic, the market was well supplied and prices were basically stable.

Major breakthroughs were made in reform, with China launching  major reform and opening-up measures, including the construction of a free trade port in Hainan Province.

Foreign trade and foreign investment both grew against the trend, and steady progress was made in building the Belt and Road Initiative (BRI) through cooperation. The Regional Comprehensive Economic Partnership (RCEP) was successfully signed, and negotiations on the China-EU Investment Agreement were concluded on schedule. China’s free trade “circle of friends” continues to expand.

The 13th Five-Year Plan has been well implemented, with 2020 marking the final year of the 13th Five-year plan for Economic and Social Development of China. After five years of strenuous efforts by its people, China has made historic achievements in its economic and social development.

Its economic, scientific, technological, and overall national strengths, and people’s living standards have all reached new heights. The country is now on course to creating a moderately prosperous society in all respects.

Egypt and other African countries have greatly benefited from China’s development. For most of 2020, global trade shrank by more than 10%, and Africa’s total foreign trade declined by nearly 30%.

China has actively increased imports from Africa, and invited 65 companies from 31 countries across the continent to attend the Third China International Import Expo (CIIE), with an intended transaction volume of $630m. Chinese enterprises continue to be optimistic about the African market, proven by their continued stable investments in the first three quarters of 2020. The number of newly contracted projects in Africa increased by over 35%. China continued to consolidate its position as Egypt’s largest trading partner, with bilateral trade totalling $14.57bn for the whole year, up 10.34% y-o-y.

China-Egypt cooperation has become an important engine for regional economic recovery and contributed to world economic development. Especially under the sudden onslaught of the COVID-19 pandemic, China, as the only major economy in the world to post positive economic growth, and Egypt, the only country in Middle East and North Africa (MENA) region to maintain economic growth, will continuously consolidate the good momentum of joint progress.

This will also ensure mutual benefit for both countries, whilst continuously providing a strong impetus for regional and global economic recovery, and contribute to promoting world economic development.

As China’s President Xi Jinping delivered in his special address via video link at the World Economic Forum’s Davos Agenda Dialogue, “China will continue to take an active part in international cooperation on COVID-19.”

He noted that his country will continue to implement a win-win strategy of opening-up, while continuing to promote sustainable development. Along with its continued advancement of science, technology and innovation, the president noted that China will continue to promote a new type of international relations.

China will continue to make more contributions to bring the world from the shadow of the epidemic, out of the global crisis and to achieve economic recovery. It is ready to work with Egypt and other countries to build a community with a shared future for mankind.