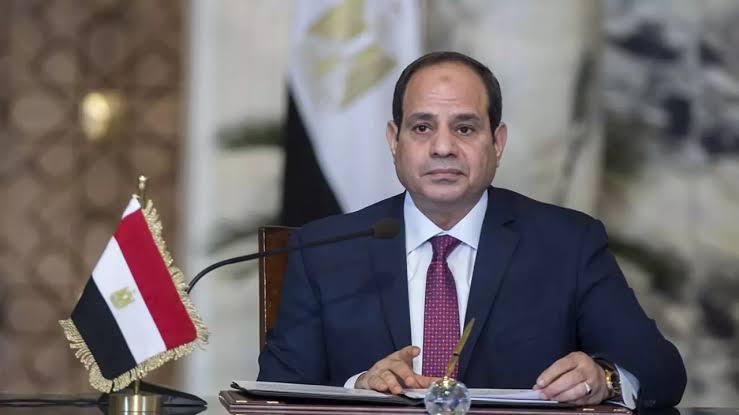 Egyptian presidency’s Spokesperson Bassam Rady said that, during a phone call, Al-Sisi congratulated Muhammad Yunus Al-Menfi on taking over his new position as the head of Libya’s new Presidential Council. The Egyptian President also wished him success in carrying out the tasks of his new position.

Al-Sisi expressed his aspirations that forming the new Presidential Council will be the start of a new era, in which all Libyan institutions may cooperate and work together. He asserted the need to promote the interests of the Libyan state and put an end to divisions, which has increased the Libyan citizens’ suffering.

Meanwhile, Al-Menfi stressed Libya’s keenness to consolidate the relationship with Egypt, as well as enhancing the cooperation between the two countries in various fields, including the regional issues of mutual interest.

He has also hailed the effective and sincere support provided by Egypt, in order to solve the Libyan crisis on the various political, military, and economic levels.

Al-Menfi said that the principles of the Cairo Declaration, which was formalised in June 2020, have contributed to converging differing views and ending political divisions in Libya.

Both sides agreed to continue coordination and intensive consultations, with the aim of strengthening Libya’s efforts in leading the transitional phase during the coming period.

In another phone call with Abdel Hamid Dbeiba, Prime Minister of the new Libyan national unity government, Al-Sisi affirmed Egypt’s readiness to support the Libyan people in restoring stability in the country.

Dbeiba expressed his country’s aspiration to consolidate the historic Egyptian-Libyan relations, and strengthening between the two countries.

He expressed his appreciation for Egypt’s pioneering role and its tireless and sincere efforts in supporting Libya in its transitional phase.

Egypt is currently hosting a three-day meeting to discuss the arrangements necessary for a referendum on the Libyan constitution, ahead of the Libyan elections scheduled for 24 December 2021. The meeting is being held under the sponsorship of the United Nations (UN), and is witnessing the participation of two delegations from Libya’s House of Representatives and the High Council of State.

Earlier this month, the participants in the Libyan Political Dialogue Forum (LPDF) in Geneva chose the members of the new Libyan unified interim executive authority which will remain in power until elections are held on 24 December 2021.

The LPDF chose a new presidential council comprised of three members, led by Libyan Ambassador to Athens Muhammad Yunus Al-Menfi who represents eastern Libya, and two deputies. These are Abdullah Al-Lafee, an MP from the city of Al-Zawyah representing the west, and former member of the incumbent council Musa Al-Koni, who represents the south. Meanwhile, Dbeiba, who is a prominent businessman from Misrata, was appointed prime minister of the new national unity government.