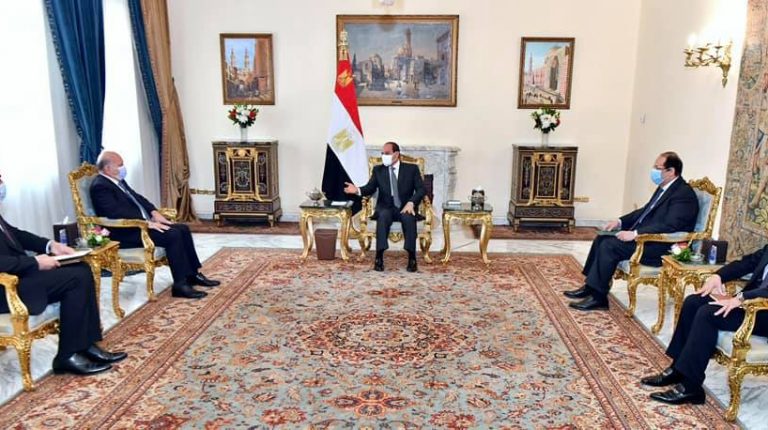 During the meeting, the two sides reviewed the political and security situation in the region, and agreed to continue mutual consultations between the two countries to restore security and stability.

They also discussed bilateral Egyptian-Iraqi relations and ways to enhance areas of economic, commercial, and investment cooperation. The meeting also looked at following up on the implementation of projects that are the result of the tripartite cooperation mechanism between Egypt, Iraq, and Jordan.

President Al-Sisi expressed Egypt’s keenness on its relations with Iraq and supporting the latter’s people, as well as supporting joint Arab work as part of its policy in achieving stability and flourishment.

For his part, the Iraqi minister conveyed a letter from Iraq’s President Barham Salih to President Al-Sisi, related to issues of bilateral relations between the two countries.

Hussein stressed Iraq’s keenness to continue coordination and intensive consultation with Egypt at all levels, in light of the strong relations and ties between the two countries.