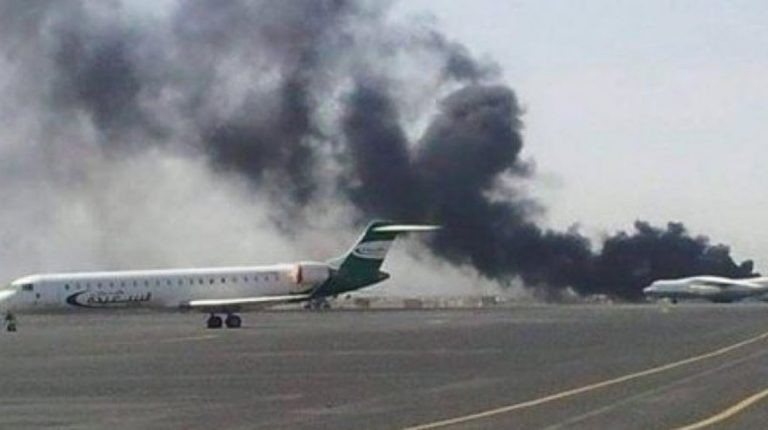 Egypt expressed its strong condemnation, on Wednesday, of the Houthi militia’s attack on Abha Airport in Saudi Arabia’s southern region, as well as its continued hostile actions targeting the kingdom’s territories, according to a statement by the Egyptian Foreign Ministry.

Reaffirming its solidarity with Saudi Arabia’s government and people in confronting these “terrorist acts”, Egypt noted that the Houthi’s activities threaten Saudi Arabia’s security and stability.

It added said that the Iranian-backed militia also threatens the safety of its citizens and residents, whilst presenting a clear and direct threat to regional security and stability.

The coalition said in a statement that the fire in the civilian plane was controlled and no injuries was reported.

It stressed the attack on Abha airport and threat against civilian travelers is a war crime, vowing to take necessary measures to protect civilians from the threats of the Yemen’s Houthi militia.

The airport is among other sites that have been targeted several times during the almost six-year of the coalition war in Yemen.

The coalition also announced on Wednesday the interception of two bomb-laden drones launched by Houthis towards the kingdom’s southern region.