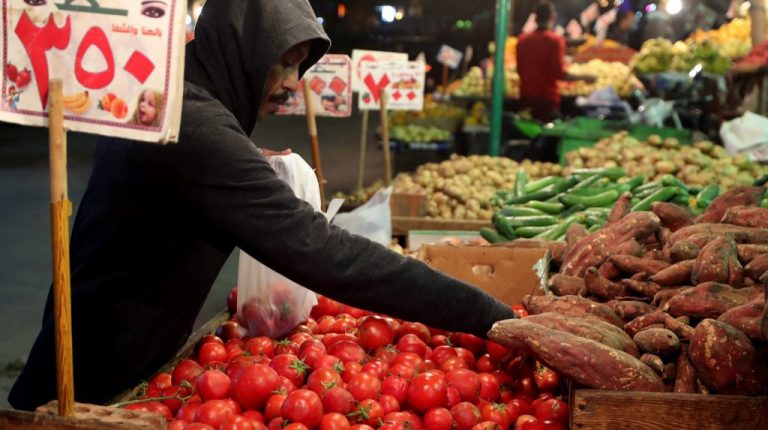 Egypt’s Central Agency for Public Mobilization and Statistics (CAPMAS) has revealed that the country’s annual urban inflation decreased to 4.3% in January 2021, compared to 5.4% in December 2020.

The agency said, in a statement on Wednesday, that the consumer price index (CPI) for Egypt reached 110.2 points for January 2021, reflecting a decrease of 0.4% from December 2020.

The agency attributed the decrease to the downturn in prices of: vegetables by 20.4%; ready-made clothes by 0.1%; transportation by 0.6%; and hotel services by 0.6%.

The annual core inflation rate computed by the Central Bank of Egypt recorded 3.6% in January 2021, compared to 3.8% in December 2020.

The Monetary Policy Committee (MPC) at the Central Bank of Egypt (CBE) decided, at its recent meeting, to keep the overnight deposit and lending rates at 8.25% and 9.25%, respectively. It will also keep the credit, discount, and main operation rates at 8.75%.

The MPC indicated that the urban inflation rate reached 5.2% during the fourth quarter (Q4) of 2020, less than the minimum target range of 6% announced in 2018. It also noted that this deviation from the target range is due to both the impact of the novel coronavirus (COVID-19) pandemic and the accompanying precautionary measures on economic activity.

It added that the Egyptian government had taken several measures to avoid any shortage resulting from the supply of goods in the market, which also contributed to reducing inflation rates.

It indicated that despite the above, and given the risk balances, the CBE has proactively taken several measures in order to support economic activity. This comes in line with achieving the objective of price stability in the medium term.

The committee considered that the CBE’s basic return rates are appropriate at the present time, and are consistent with achieving the target inflation rate of 7% (±2%) on average during Q4 of 2022. They are also consistent with the stability of prices in the medium term.

Radwa El-Swaify, Head of Research at Pharos Holding, said, “Inflation for January 2021 came in much lower than our expectations.”

“The main reason is the decline in the prices of vegetables, which resulted in a much lower inflation reading y-o-y,” she added, “We believe that February should witness a month-on-month (m-o-m) increase in prices of 0.5%, to record 5.2% reading y-o-y for total Egypt and 4.8% y-o-y  reading for Urban Egypt.”

Al-Swaify also said that, since the inflation reading came lower than expected, this raises real rates and improves the chances for a 50bps rate cut early this year.

“We shall confirm MPC expectations before the next meeting on 18 March,” she added.