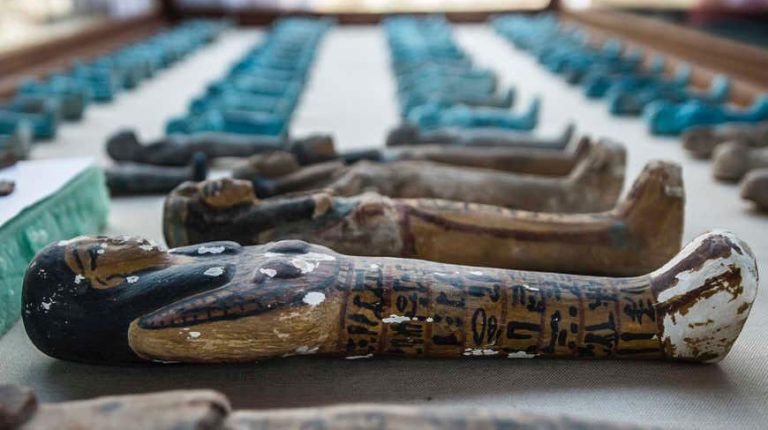 Egypt’s “Kings of the Sun” exhibition will continue at its current location in the Czech Republic’s capital, Prague, until 30 June.

Mostafa Waziry, Secretary-General of the Supreme Council of Antiquities, signed an agreement to extend the exhibition, which is currently held at Prague’s National Museum. The exhibition has been in Prague for the past six months, and was scheduled to come to an end this month.

Waziry said the exhibition’s extension is based on the Egyptian Cabinet’s approval, which was given on 20 January, as well as the approval given by the Board of Directors at the Supreme Council of Antiquities in November 2020.

The “Kings of the Sun” exhibition was inaugurated by Egypt’s Minister of Tourism and Antiquities Khaled El-Anani last August. It took place in the presence of Czech Prime Minister Andrei Babisch, and the country’s Minister of Culture Lubomir Zaoralk.

The inauguration coincided with the 60th anniversary celebration of the archaeological work undertaken by the Czech mission in Abu Sir, close to Cairo. The exhibition offers its visitors a small glimpse of the Ancient Egyptian civilisation, and encourages them to visit Egypt to see more of its artefacts and to enjoy its picturesque beaches.

The exhibition includes 90 artefacts from the Czech mission’s excavations at the Archaeological Zone of Abu Sir. Among them are the head of a statue of the Pharaoh Ra-Nefer-Ef, and a group of statues from the Old Kingdom. The latter includes a statue of a scribe, as well as statues of senior statesmen and officials, and a group of Canopic jars, and ten faience Ushabti statues.