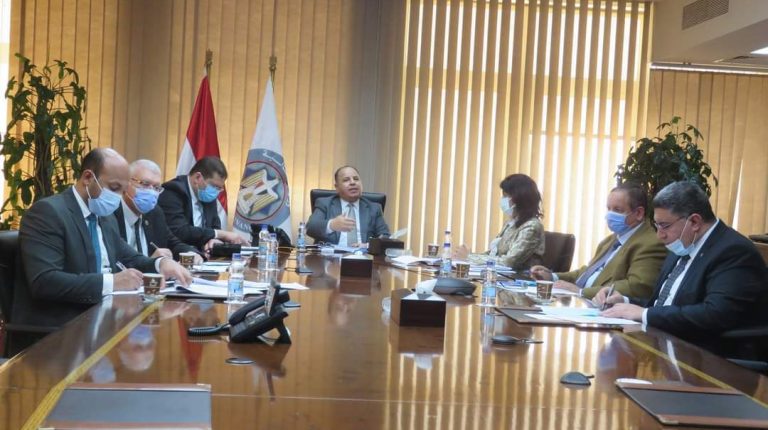 Mohamed Maait, Minister of Finance, confirmed that the national project to link land, air, and sea ports with the electronic customs one-stop-shop platform enjoys great support from the political leadership.

The minister added, during his presidency of the virtual meeting of the ministerial committee concerned with following up the establishment of logistics centres in ports and customs outlets, that the logistics centres in the ports of Dekheila and Port Tawfik will be opened by the end of next March. The ports of Ismailia and Safaga will follow suit before the end of June. Thus, the one-stop-shop platform would cover more than 95% of the total imported goods into Egypt.

The minister pointed out that the average time for customs clearance at the logistics centres in Cairo, West and East Port Said, Ain Sokhna, and Alexandria has decreased from 6.3 days in January 2020 to 4.2 days in December 2020.

The minister confirmed that preliminary tests of the new electronic customs system for pre-registration of shipments, known as Advance Commercial Information (ACI), were conducted to ensure its effectiveness before the trial launch of the first phase in seaports in April, while the mandatory launch will be in July

Maait pointed out that a large number of importers and customs clearance workers have been trained on all the new system’s procedures.

Kamel El-Wazir, Minister of Transport, indicated his keenness to develop the work system in ports, in a way that would help stimulate the business environment, attract new investments, and encourage investors to expand their projects.

He added that the country is proceeding strongly with the development of seaports in order to transform Egypt into a regional and global logistical centre to serve the intra-trade movement according to the latest international systems.