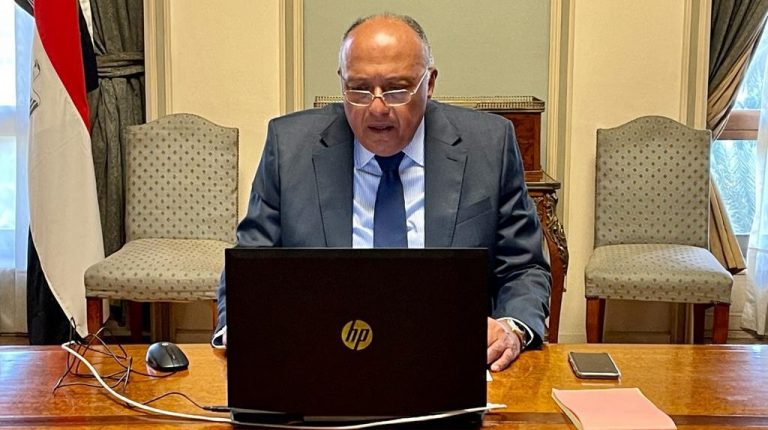 Egypt’s Minister of Foreign Affairs Sameh Shoukry has phoned Sudan’s new Foreign Minister Maryam Al-Sadiq Al-Mahdi to congratulate her on the appointment, expressing his sincere wishes for success in the coming period.

During the Wednesday phone call, Shoukry stressed his keenness to continue strengthening bilateral relations and coordination between the two brotherly countries, according to Ambassador Ahmed Hafez, the spokesperson for Egypt’s Ministry of Foreign Affairs.

For her part, Al-Mahdi expressed her aspiration to achieve further development in relations with Egypt and move them forward within the framework of the historical bonds of brotherhood that unite the peoples of the Nile Valley.