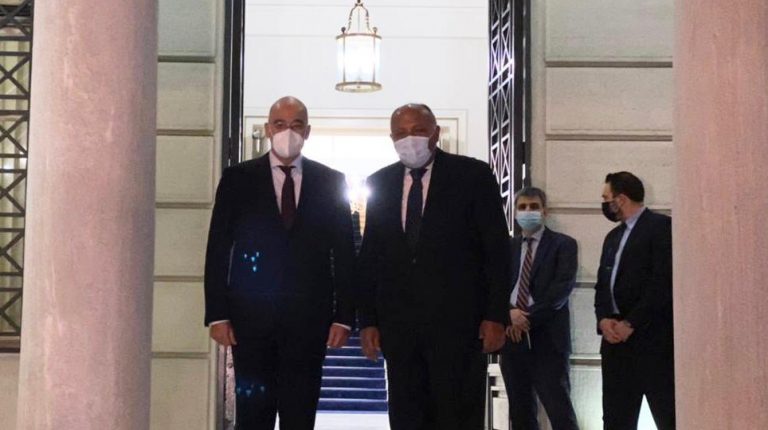 Egypt’s Foreign Minister Sameh Shoukry met, on Thursday, with his Greek counterpart Nikos Dendias, to consult on bilateral relations as well as several regional files of interest to both sides.

It comes during Shoukry’s visit to the Greek capital, Athens, within the framework of a multilateral meeting to be hosted by Greece on Friday with the participation of Shoukry and other foreign ministers from Arab and European countries.

Ambassador Ahmed Hafez, the official spokesperson for the Egyptian Ministry of Foreign Affairs, stated that the Shoukry and Dendias discussed ways to develop bilateral relations in line with what was agreed upon during the Egyptian President’s official visit to Greece in November 2020. They also discussed supporting the flow of mutual investments between the two countries and overcoming obstacles that may face companies in both sides.

Hafez added that the two ministers also discussed developing bilateral cooperation in the field of energy.

For his part, Minister Shoukry expressed Egypt’s appreciation for Greece’s ratification of the founding charter of the Eastern Mediterranean Gas Forum, which will enter into force as of March 2021.