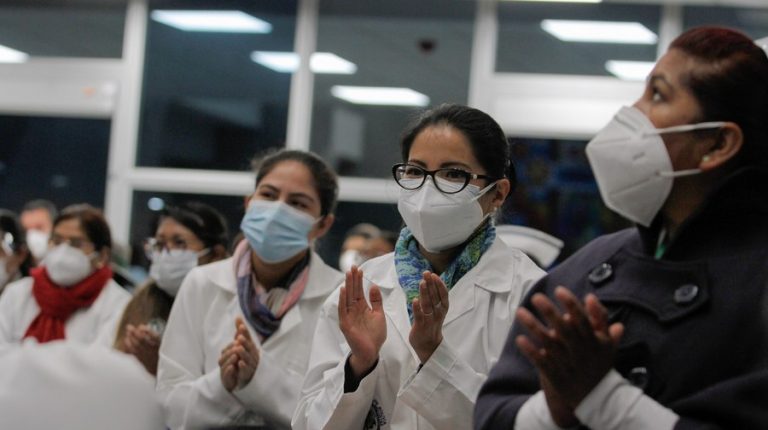 Bolivia’s President Luis Arce on Thursday said a mass vaccination campaign against the novel coronavirus disease will begin this month, following an agreement signed earlier in the day with China for the supply of pharmaceutical firm Sinopharm’s vaccine.

“We now see light at the end of the tunnel. After having borne so many deaths and resorting to everything to combat COVID-19, today we can affirm that this February the mass general campaign for the Bolivian people must begin,” said Arce.

Bolivia and China signed the agreement at the headquarters of the Bolivian government, with the personal and virtual participation of authorities and representatives of both countries.

The momentous event was attended by Arce, Vice President David Choquehuanca, presiding ministers of the Senate and Chamber of Deputies, and China’s ambassador to Bolivia Huang Yazhong, while Chinese authorities and representatives of state-owned Sinopharm participated virtually.

Arce acknowledged Sinopharm’s efforts to supply Bolivia with vaccines as early as this month.

That would not have been possible if the Bolivian government did not have the “best relations” with the Chinese government, said Arce, adding the vaccine was one of the “safest” due to its high technology.

Ambassador Huang recalled that “on Jan. 28, both presidents held a telephone conversation and evaluated bilateral relations, reaching important consensus, including on vaccines.”

Huang added, “The authorities of both countries have worked intensely in recent weeks to make this agreement a reality.”

Bolivian Health and Sports Minister Jeyson Auza expressed his deep gratitude to China for its support in combating COVID-19.

“We are going to have a vaccine that has proven its effectiveness in several countries such as Brazil, Turkey, Peru, Hungary, Indonesia and Senegal, where numerous orders for millions of vaccines have been generated,” Auza said.

“It is a true pleasure to be able to say to Bolivians that the vaccines … are no longer a promise, today they are a reality in the Plurinational State” of Bolivia, Auza said.

Opinion| Indonesia and Egypt Relations: The Past, Current and Future Projection Post COVID-19

Egypt, Hungary have political will to strengthen relations: Shoukry