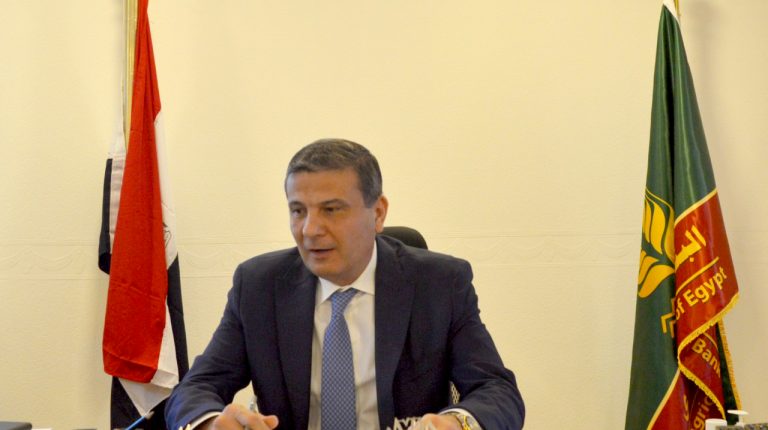 Alaa Farouk, Chairperson of the Agricultural Bank of Egypt (ABE), has highlighted the bank’s efforts to support Egypt’s agricultural sector.

Farouk’s remarks were made recently before the agriculture, irrigation and food security committee at the House of Representatives.

He noted that the most important of the bank’s efforts has been the settlement of bad debt owed by struggling farmers, and the development of Egyptian villages.

During his meeting with the parliamentary committee, Farouk also revealed the bank’s most prominent business results in 2020, pointing to the remarkable growth of its loan portfolio. This reached about EGP 44.5bn in December 2020, up from the EGP 34bn recorded in March.

Farouk stressed that the bank aims to stimulate investment across the agricultural sector, and aims to expand the base of beneficiaries of agricultural loans to 1.5 million individuals during the coming period.

The ABE has worked according to the value-added chain system, so that the farmer can be the direct supplier to exporters or factories of food industry. This will work through tripartite contracts between the bank, the farmer, and the manufacturer.

The system can benefit farmers and improve their income, and has already been a great success with strawberry farmers in Qaliubiya Governorate, as well as beet and cane sugar farmers in Upper Egypt.

“The bank focuses on expanding financing programmes for the transformation to modern irrigation systems, and seeks to pump about EGP 3bn to this end, in coordination with the Ministries of Agriculture and Irrigation,” Farouk said, “In addition, the bank allocated special attention to financing milk collection centres and agricultural projects in Toshka, the New Valley, Matrouh, and Siwa, besides the national project to reclaim 1.5 million feddan.”

He added that the bank is one of the largest contributors to the national veal project. The funding available for the project has been doubled by about EGP 2bn, after the approval of the Central Bank of Egypt (CBE), and in coordination with the Ministry of Agriculture.

According to Farouk, the total funding granted by the bank under this project reached EGP 2.6bn by mid-September 2020. It has benefitted more than 15,000 individuals, to raise about 181,000 head of cattle.

The ABE’s latest financing programme, “Bab Rizq” (Source of Livelihood), aims to support micro projects, with the aim of finding a new source of livelihood for rural families.

Farouk noted that the first stage of this programme was launched in 26 villages. Following its success, the bank recently increased the number of villages benefiting from the programme to 150 nationwide.

“We aim to reach millions of customers all over the country to become the best bank in achieving financial inclusion, by opening new branches across the country,” he said, adding, “We aim to increase the bank’s branch network from 1,200 to 2,000 branches within five years.”

Farouk also said, “Besides this, we hope to install 1,000 ATMs this year as part of the CBE’s initiative to expand ATMs throughout the country, and more than new 200 ATMs have already been installed.”

He pointed out that the ABE is currently developing 650 branches, in addition to recruiting more than 3,000 new graduates as new employees. The new recruits were examined by the Egyptian Banking Institute (EBI), to ensure their ability to deliver the bank’s services properly.

Moreover, in the past six months, ABE officials have conducted over 23 field visits to most of the governorates in the Nile Delta and Upper Egypt.

During the meeting with the parliamentary committee, Farouk affirmed that the bank will continue its primary mission to support farmers. This will take place by providing financing programmes that suit their needs in the farming, livestock, poultry, and fish sectors.

He stressed that the bank’s mission is to support small farmers and breeders, and contribute strongly to rural development. This is through agricultural loans, whose credit categories for all crops have been increased by to 70% in 2020, and will be increased again soon.

The bank also restructures investment loans for small- and medium-sized enterprises (SMEs), so that financing can be available at a small diminishing interest rate of 5% to achieve sustainable development.

Farouk revealed that the bank has already started taking the necessary steps to participate in the presidential initiative to develop poor villages, by strengthening its presence and developing its branches in these villages and even establishing new branches there.

The ABE is currently witnessing an important stage of transformation represented in a comprehensive development strategy at all levels. This development plan also enjoys great support from the CBE, under the leadership of its Governor Tarek Amer.

He stressed that the next period will also witness a complete restructuring of the Egyptian Company for Agricultural and Rural Development (ECARD), which is affiliated to the ABE.

Farouk indicated that these steps are part of the bank’s aim to restore its pioneering role in development, serving more than 55 million rural residents and workers in the agricultural sector, and related fields and activities.

Last January, the ABE launched an initiative to settle the bad debts of 328,000 farmers and workers in the agricultural sector, with a total value of EGP 6.3bn, Farouk revealed.

The initiative was divided into two groups, the first of which was comprised of 307,000 clients whose original debts are less than EGP 25,000. These have already been completely waived, with the total debts amounting to about EGP 416m, in addition to returns of EGP 240m.

Moreover, the bank has waived all cases and court rulings against those defaulters, so that they can resume dealing with the ABE or any other banking institution without any restrictions.

The second group included 21,000 clients (individuals or companies), whose original debts were between EGP 25,000 and EGP 10m. The total debts of this segment amounted to about EGP 3.5bn, with the value of accumulated returns reporting in at EGP 2.2bn.

This group has the opportunity to benefit from the initiative to settle their debts until 30 June 2021. They will repay only 50% of the principal debt, either in lump-sum amount or in instalments, which will be determined according to the cash flow of each client. The other 50% of the debt and all returns will be dropped.

Farouk said that it would be possible for those customers to re-enter into dealings with the bank after six months of debt settlement, after an independent study for each case separately is completed.