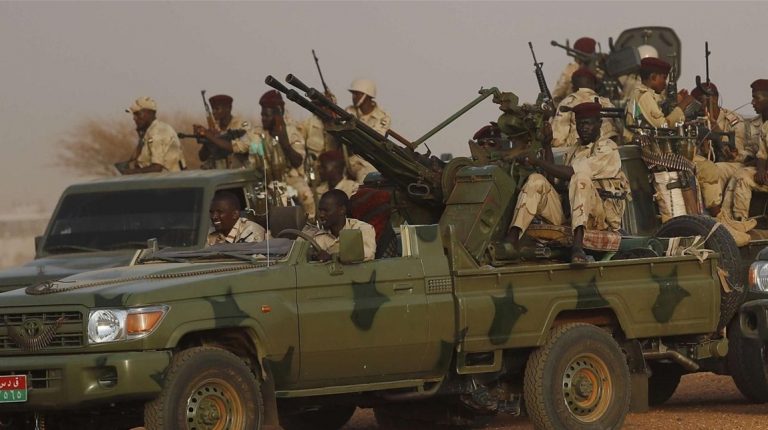 While border clashes between Sudan and Ethiopia are worsening and ongoing, Sudanese experts believe that the latter’s situation is weak and must return signs to the border region, whilst halting violations against civilians.

Khaled Al-Tigani, a Sudanese political expert, told Daily News Egypt that Sudan only wishes for the border signs to be returned. The country is also open to signing any agreement to help Ethiopian citizens benefit from the lands of the decades-old disputed area of Al-Fashqa.

He noted that while Ethiopia never claimed these border areas as their own, Sudan’s Al-Fashqa area faces Ethiopia’s northern Amahara region.

It is also well known that Ethiopia has a problem regarding agricultural lands, which could potentially be solved by the plentiful 2 million feddan of such land in the Al-Fashqa region.

Al-Tigani added that some Ethiopian farmers have rented lands in the disputed region, but by the time the rental agreement became a settlement. Sudan took the view that no dispute needs any meditators.

He emphasised that Sudan had regained a large part of 90% of its lands and indicated that only about one or two settlements of mainly Ethiopian civilians remain outside its control. The army has decided not to enter into these villages to ensure that no civilians are harmed, but Sudan did call on Ethiopia to withdraw from these areas.

Al-Tigani also explained that the Sudanese government consider that there is no border conflict and it believes that there is the agreement of 1902 to demarcation and determination of the border, or what call putting the signs,

He noted that Ethiopia does not have any international support for its stance as these are borders that have been internationally recognised since 1902. Ethiopia has also faced internal disputes following its exit war in Tigari, with any attempt on its part to fight in this area having the potential to cause open war.

However, Sudan says that it is both unwilling to withdraw but willing to defend this land, which it is keen to protect should Ethiopia decide to commence with a direct assault. Al-Tigani also noted that Sudan has made it clear that it is open and ready for dialogue on the subject.

Mohamed Abdel Aziz, a Sudanese political journalist, told Daily News Egypt that Sudan wants to put the signs on the borders whilst maintaining good relations with Ethiopia. However, the ongoing attacks by Ethiopian militias against Sudanese civilians are only worsening the situation.

He noted that Ethiopia is being pressured by Amhara region leaders that have authority over the Ethiopian government, to claim that it does not recognise the demarcation of the 1902 border agreement.

Sudan launched a diplomatic campaign, informing institutions and neighbouring countries on the events in Ethiopia.

Abdel Aziz expects that Ethiopia will not start clashes now, but will instead wait until it holds its election before starting action in July.

Ethiopia’s Spokesperson for the Ministry of Foreign Affairs Dina Mufti said, on Saturday, “Sudan is the side that caused disputes, and Sudanese forces crossed the border and plundered the property of citizens”.

He added that Ethiopia and Sudan maintain good relations with each other, and that his country is ready for dialogue with any country, adding, “We look forward to diplomatic solutions on the Grand Ethiopian Renaissance Dam (GERD).”

On Friday, a member of the Sovereignty Council of Sudan, Shams Al-Din Al-Kabbashi, stated that Ethiopia is practicing something similar to an Israeli settlement during its encroachment on Sudanese lands in Al-Fashaqa.

He said, “What Ethiopia lacks is the courage only to declare war in light of its continued aggressions and the mobilisation of its forces on the borders.”

Al-Kabbashi stressed that Sudanese forces would not retreat from an inch of their lands in the Al-Fashqa area that were regained from the Ethiopian side.

“These areas remain, in the end, usurped Sudanese lands, and it is the duty of Sudanese forces to reclaim them and protect the borders and the homeland,” he said.

“We hope that the brothers in Ethiopia will evacuate this area with all its factories,” he noted, “We do not want to seize anything from them, which is a Sudanese region, even though Ethiopia claims that it belongs to it.”

Al-Kabbashi also said that Sudan does not reject mediation with Ethiopia, but they would take place on the condition that the pre-drawn border signs be put back in place.

Addis Ababa questioned the internationally recognised borders between Sudan and Ethiopia according to the Major Qawen line in 1902. Previous Ethiopian encroachments were driven by historical ambitions for Amhara nationalism.