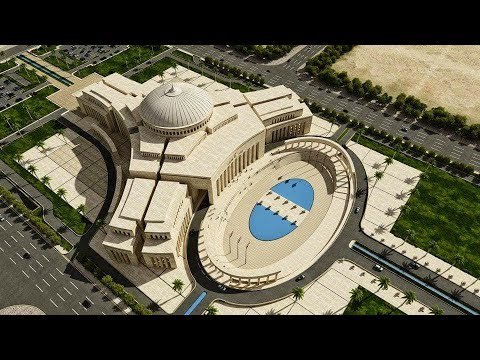 Following the government announcement of its move to the New Administrative Capital (NAC) in June 2021, real estate development experts expected an increase in land and residential unit prices by as much as 20%.

The price per metre for residential units at the major national project ranges between EGP 4,000 and EGP 4,500, compared to EGP 2,000 at the beginning of the project. The prices are affected by the rates of distinction related to whether or not the housing unit is inside a commercial area.

Mohamed Abd El-Latief, General Manager of the NAC’s master developer, the Administrative Capital for Urban Development (ACUD) company, said that real estate prices at the project will increase. These will be driven by the government’s move to the city, as prices are governed by supply and demand. Demand for real estate of all kinds is expected to rise after the highest levels of government move to the project.

Abd El-Latief told Daily News Egypt that the ACUD holds a pricing committee for its lands every six months, referring to the expected price increase due to the high cost of infrastructure.

He elaborated that the hike in prices of the NAC’s plot of lands does not have a fixed percentage, but rather is governed by some elements. These include the activity of the land lot, its location and area, and the number of storeys in the project’s buildings.

Abd El-Latief also said that the more storeys the building has, the higher the cost of infrastructure and utilities on the land.

Daily News Egypt polled the opinion of a number of real estate company heads who own projects in the NAC, to find out the expected increase rates for real estate of all kinds. This will focus particularly on the prices following the Egyptian government’s move to the NAC.

Ali Gaber, Chief Commercial Officer at Gates Developments, said that after the government’s move to the NAC, the city will disprove its sceptics who question its importance and usefulness.

Gaber added that Egypt’s real estate market will perform outstandingly in 2021, due to the huge development taking place at the NAC, which will be further boosted by the government move in the next year.

Gaber added that prices will spike by 10-15% in the Downtown area, while properties in and around the financial and government districts will increase. These rises, however, will not be on the same level as the downtown area, due to the latter prices being less than those in the financial district.

For his part, Edge Holding’s Commercial Director Kareem Mamoun said that the transfer of government to the NAC will have a strong impact on the revival of the real estate sector at the project. This will most notably be seen in the upsurge in prices of units and lands.

Mamoun added that the official commencement of the NAC will be considered a major turning point in the Egyptian real estate market, and will increase the value of the region.

He further noted that the decision to transfer ministries to the NAC comes in implementation of the state’s plan to use modern scientific methods in management.

These are in line with developments in modern technology, and contribute to the transition to smart government whilst allowing for a new era of providing distinguished electronic government services to citizens.

He explained that the Egyptian real estate market prices will hike due to the proximity of the government’s move to the major national project. They will also be affected by the high prices of building materials, which are expected to have knock-on effects in the property market ranging from 10-15%.

Meanwhile, real estate prices in the NAC itself will see a significant increase of 20% compared to real estate in other regions across Egypt.

The NAC’s official opening, along with the launch and initiation of distinct entertainment projects will have a great impact on increasing prices. Rather than affecting only Egypt, these projects will also increase prices and competition for Egyptian real estate across the Arab region, Mamoun said.

Ahmed Osama, CCO at the Saudi-Egyptian developer, AlTameer Arabian, expects prices at the NAC to climb by 15-20% due to the increase in demand and the government’s move there.

The operation of new transportation means, such as the Monorail, also means that the transportation of thousands of citizens to and from the NAC will take place every day, which in turn will raise demand for property in the city.

Osama added that the upcoming government transfer to the NAC and the support provided by the state, along with its institutions, for the project, represents an attraction factor for housing projects in the capital and increases demand for purchase.

In the coming period, Osama said that prices will increase at a rate that ranges between 10-15%, which is a justified increase linked to the spike in steel and land prices. He expects that this increase would happen during the first half (H1) of the current year.

Osama ruled out a price boom in the coming period in Egypt’s real estate market in general, stressing that any price increase would be cost-related.

Menassat Developments CCO Moataz Shalaby projected that property prices in the NAC will increase by 10-15% about two or three months after the government transition to the city.

Shalaby said that the government’s move will give customers reassurance, and thus increase demand for the property, which in turn will increase market prices.

It is also used to exploit in starting a business or commercial activity, which in turn will stimulate demand for residential real estate to pursue business. On the back of this, Shalaby expects an increase in commercial real estate prices by not less than 10%.

Accordingly, during the last period, purchase requests submitted to real estate companies to obtain apartments for employees of some companies that decided to move to the NAC.

Some individual requests have also been received from some employees of companies that have headquarters in the New Capital to obtain an apartment next to his new workplace, Shalaby concluded.