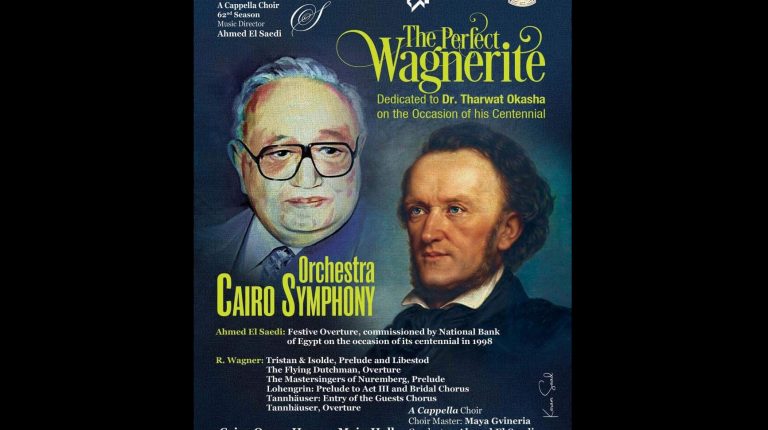 Okasha was a writer, translator, and former Minister of Culture, who is considered as the founder of the country’s cultural institutions.

The celebration will feature several artistic and cultural activities held nationwide throughout 2021. Abdel Dayem noted that Okasha was one of the most prominent symbols of culture in Egypt and the Arab world after the 23 July 1952 Revolution.

Okasha reformulated the Egyptian conscience, and succeeded in leading and establishing the infrastructure for culture in the country, whilst devising a grand strategy for its advancement, she added.

Abdel Dayem explained that the celebration comes as part of the Ministry of Culture’s commemoration of Egyptian icons, and in recognition of their achievements and contributions to preserve the Egyptian identity.

The celebration will begin on 20 February with a concert presented by the Cairo Symphony Orchestra, which will perform a number of works by German composer Richard Wagner.

The celebration will continue throughout this year, to include a conference entitled “The Fortune of Okasha, the Knight of Egyptian Culture” at the Supreme Council of Culture next April.

The ministry will also launch the Tharwat Okasha Award for Translating Audio and Visual Arts from and into Arabic, in addition to an exhibition in early April presenting plastic art production.

A celebration for the author will also take place during the Cairo International Book Fair, next June, in addition to several seminars about his life, and his contributions in saving the Abu Simbel temple.

In cooperation with a number of ministries, the Cultural Development Fund will present a documentary about the historic transfer of the Abu Simbel temple.

Tharwat Okasha (1921–2012) was an army officer involved in the Free Officers Movement, along with former president Gamal Abdel-Nasser and his comrades, and was part of the revolution that took place on 23 July 1952.

He was appointed Minister of Culture in the late 1950s by Abdel-Nasser, in which he founded many cultural institutions that are still functioning and considered major Egyptian landmarks.

Okasha published more than 70 books, including his three-volume memoir titled My Memoirs in Politics and Culture, which is considered a rich resource for historians of the Nasserite era. He also published a 38-volume encyclopaedia of arts, titled The Eye Listens and the Ear Sees.